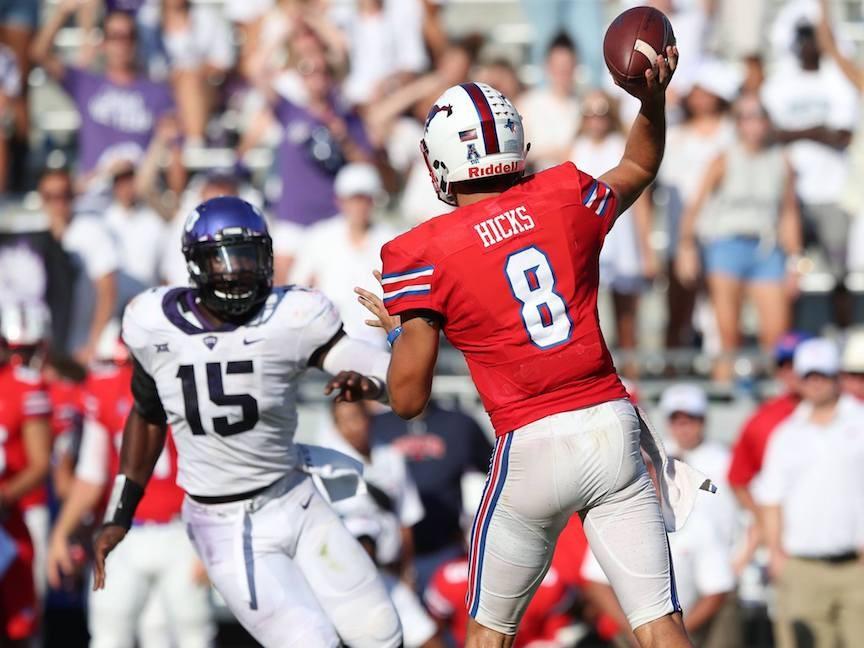 Saturday afternoon in Amon G. Carter Stadium in Fort Worth, the SMU Mustangs led the Horned Frogs for the majority of the first half.

Then, TCU’s Jalen Reagor caught a Hail Mary pass from Kenny Hill in the final three seconds of the half to give the Frogs a 28-22 lead going into the locker room.

The momentum shifted after the half, as the Horned Frogs demonstrated why they’re one of the strongest football programs in the country. In the fourth quarter, the Frogs put up 21 points to win the game 56-36.

But, SMU didn’t give up without demonstrating why the Mustangs are a new force to be reckoned with.

The Mustang offense recorded an impressive 463 yards and 36 points against the notoriously tough Frog defense. Thus far, the Frogs have only allowed a combined 332 yards and 7 points in their first two games of the season.

The SMU defense is improving with every game, but struggled to keep up with TCU’s seasoned defense. Defensively, the Mustangs recorded three fumble recoveries.

“Our guys kept fighting and fighting. That’s all I can ask them to do,” said head coach Chad Morris. “We battled back. We never quit. We never gave up.”

The last time SMU was 3-0 was in 1984, before the NCAA inflicted the Death Penalty. Since then, the SMU football program has rebuilt, developed stronger and is currently breaking records every time the Mustangs step onto the field.

Up next, the Mustangs host Arkansas State in Ford Stadium Sept. 22 at 6 p.m.