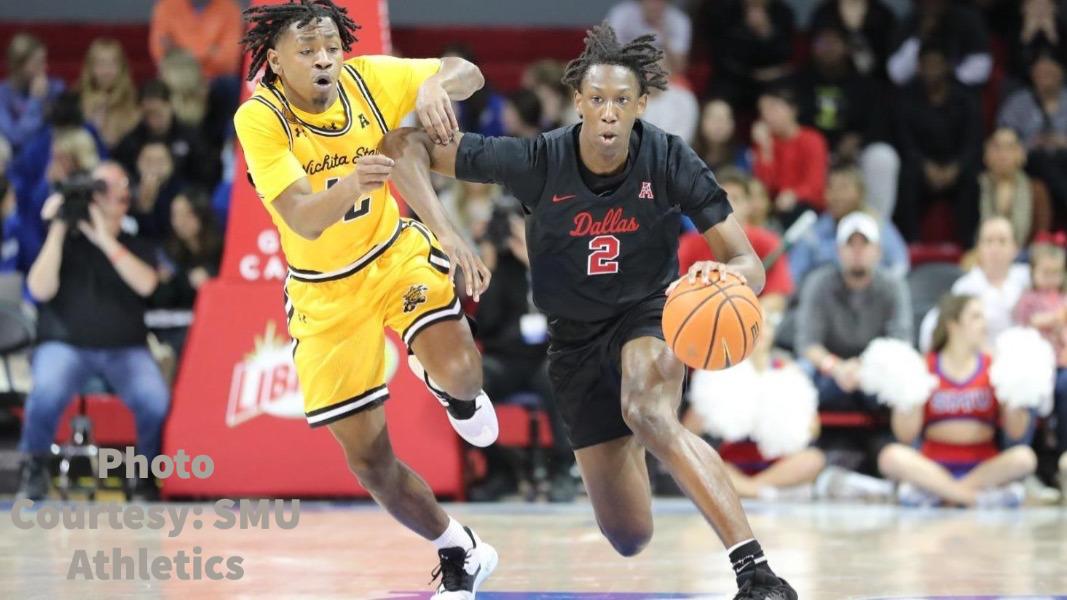 UNIVERSITY PARK — Three free throws made all the difference between SMU and Wichita State during the American Athletic Conference game on Sunday.

The Mustangs then carried on the momentum and went into the break with a 4-point lead (29-25).

Wichita State played their way back into the game in the second half, urged by a 15-0 run, and put SMU down 65-52.

With both teams tied, Wichita State’s Craig Porter Jr. made three decisive free throws to give Wichita State the lead with 35 seconds left.

Wichita State was then able to hold on to the 71-69 lead at the final buzzer.

“You have to give props to the kid,” SMU head coach Rob Lanier said. “It was a big play and that proved to be the difference in the game.”

This loss is SMU’s fifth loss in seven games since the start of the new year.

SMU shooting guard Zach Nutall believes it is important the team stays together during this losing streak.

SMU had four players score double digits on the night including Zach Nutall with 17, Efe Odigie with 16, Zhuric Phelps with 13 and Stefan Todorovic with 11.

This is the sixth time this season SMU has had four or more players score double figures in a game.

This loss takes SMU’s season record to 7-13, and 2-5 in the American Athletic Conference.

The Mustangs are hoping for a successful outcome in their upcoming away match vs. Memphis this Thursday.