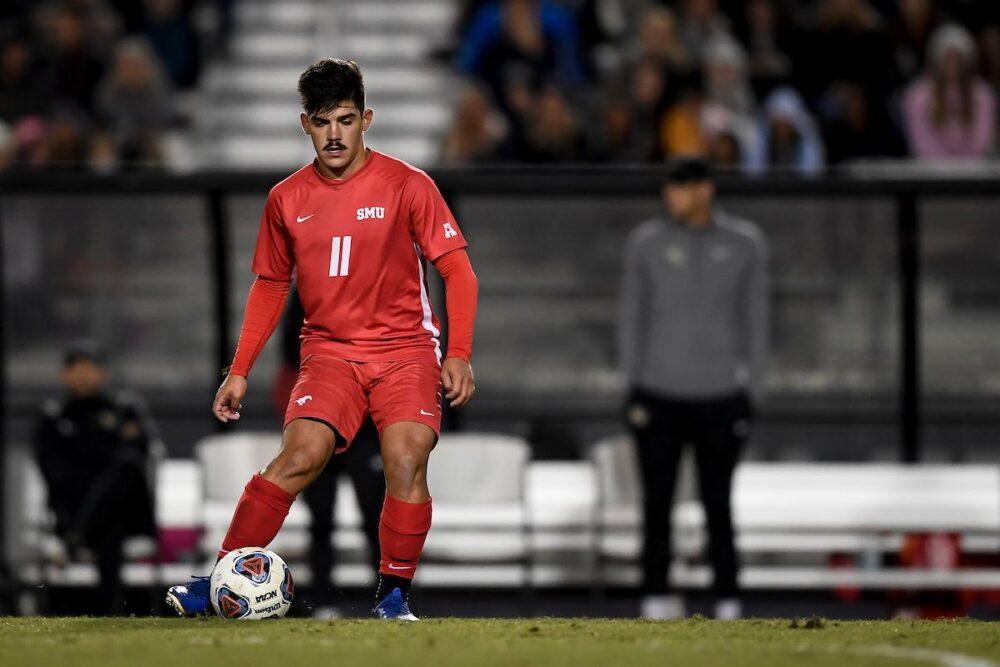 University Park–Dallas, TX. The second half was when SMU started the show. After the first 45 minutes of play, things were at a standstill. Although SMU was poised to win, and in control of the game (the Mustangs had a 16-3 shot advantage at halftime), they struggled to convert their attempts at goal and the first half of play ended 0-0. In the second half, however, things changed.

SMU maintained its offensive tempo and charged ahead, scoring its first goal off of a header by Thomas Haney within the first two minutes of the second half. Noah Hilt was instrumental, providing a great throw-in assist. Hilt continued controlling the midfield with his impressive play and knocked in a goal of his own just three minutes later to put the Mustangs up 2-0.

Memphis collapsed after the second goal; the Tigers gave up three penalties in about 20 minutes of play. SMU capitalized on these prime attempts to score and converted on two out of three penalties to put themselves up 4-0.

In between penalities, forward Papa Ndoye of SMU knocked in a volley from a corner kick for his first goal of the game. He ended the game with two total goals and 13 shots attempted. It was his second multi-goal performance of the season.

The Tigers’ offense had a hard time finding open shots on goal. Memphis ended the night with only 7 shots on goal, compared to SMU’s 27. It also committed six more fouls than its opponents, two of which directly led to goals.

Ultimately, Memphis fell apart in the second half. They conceded four goals in a fifteen-minute window, giving up momentum to SMU as they found their offense, and committing errors on the defensive end.

SMU’s next game will be at 6 pm CST on Saturday, March 6 at Temple, PA.