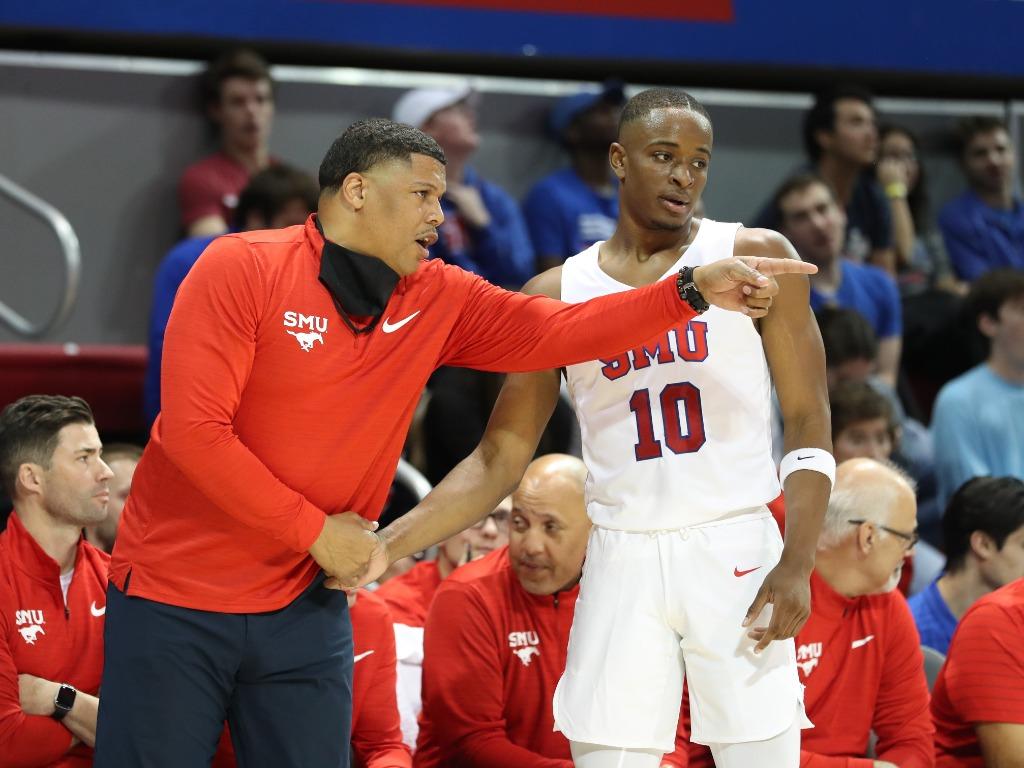 UNIVERSITY PARK, Texas — We know this SMU team knows how to win. Under head coach Tim Jankovich, this SMU team is 51-12 in regular season non-conference games.

It continued with a season-opening win over McNeese State, 86-62. And it was propelled by the transfers.

“We got new guys, but these guys have been in college already so the experience, the tough losses, the good wins, it’s already there,” senior Kendric Davis said. “I think this is the best team we’ve had since I’ve been here.”

The performance of these newcomers displays the results of team-building and the chemistry that has developed within this team.

Newcomer Zach Nuttal said “being in a new arena, with new fans, new people, new teammates, it was a jittery situation. However, when I came out I just played what I knew how to play my whole life, and it ended up being an efficient night for me and for the team, and we’re so appreciative to come out victorious.”

While there is still much to expect from this team, today’s performance would do much in calming nerves.

After a cagey first half, SMU pulled away in the second, shooting 51.5% in the second half and using that momentum to finish up the game. Despite the exciting performances from the new men, it was the familiar face of Davis, an All-American Athletic Conference First Team player and main man for this SMU team, who topped the scoring.

He finished with a game-high 18 points and five assists to his name despite only shooting 25% from the field.

“We have four freshmen, who are playing well beyond their years, and the rest of them are great players who used to be the best players on their teams. This is a very fun team, a very fun team to coach, because they’ve been very mature, they’ve worked so hard, and we’ve got some real competitors…..it makes it really difficult for me to pick the team,” Jankovich said after the game.

SMU had 14 steals in this game, the most since 17 at Houston Baptist in 2020. Isaiah Jasey had a career-high 4 steals, and so did new guard Michael Weathers. Emmanuel Bandoumel had a perfect night, shooting a remarkable 100% from the field (3-3 FGA), and having two assists and one rebound. Talking after the game, Isaiah

With this sort of win, confidence levels would rise with this team, and well-brace the team for their next matchup against 12th ranked Oregon on Friday, Nov. 12.