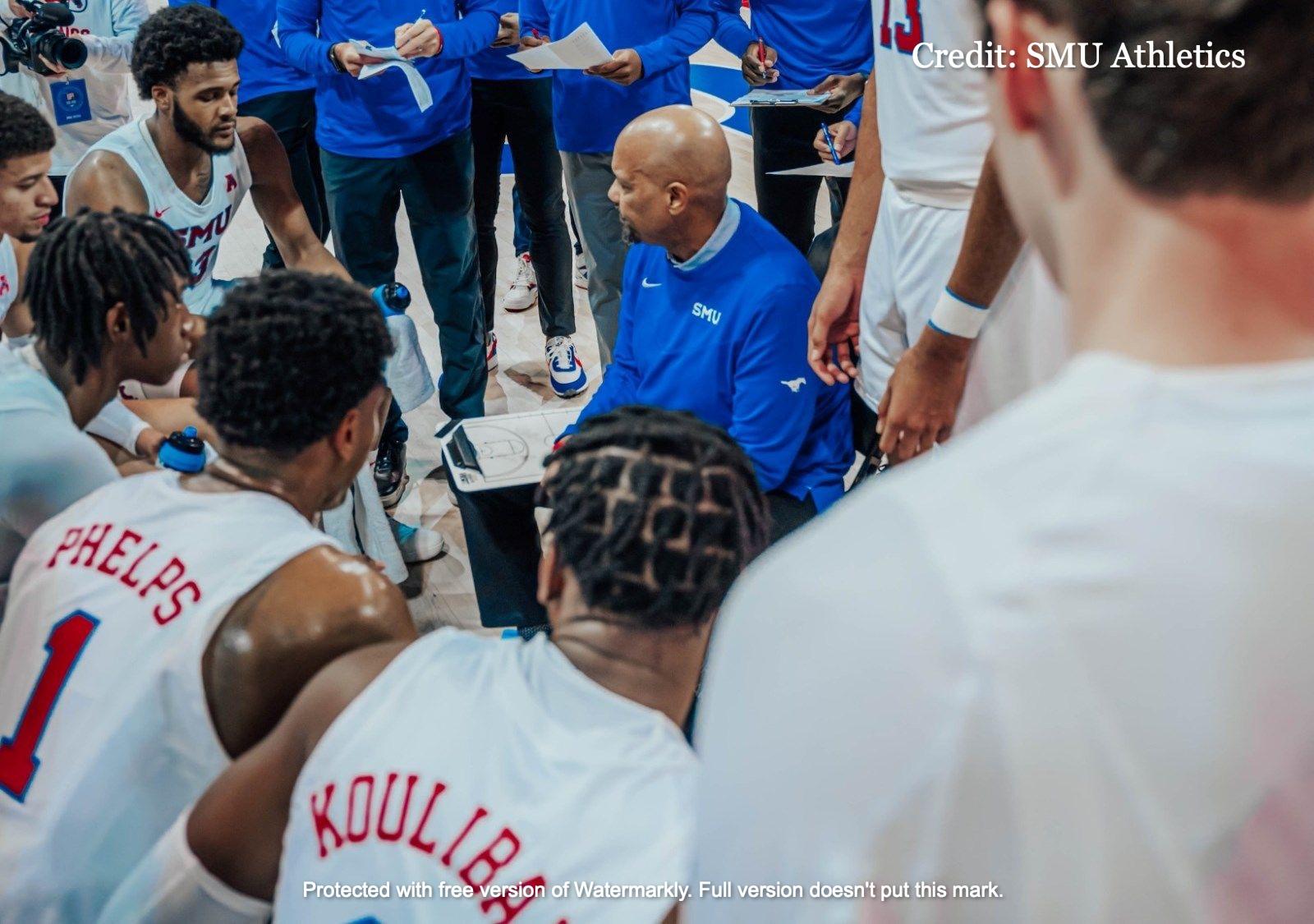 UNIVERSITY PARK – When the final buzzer sounded off, SMU knew it had survived its first official test under new head coach Rob Lanier by securing the victory over Texas A&M Commerce.

And yet, the Mustangs knew they would have to play much better than they did Monday if they wished to mount a serious challenge this season.

Games like these serve as great opportunities for us to get closer as a team and improve, SMU head coach Rob Lanier said.

“I’m so proud of the guys that we found a way to pass the test,” he said. “The fact that it was close and it played out the way it did meant we had to show a little resolve for the growth of our team. I wouldn’t have scripted that differently.”

The Mustangs did not begin the game very strongly and went into the half with only a four-point lead but a good run in the second quarter helped pull the team away from the opposition. In the second half, the Mustangs increased their field goal percentage from 41% to 58% and were able to see out the game.

Zhuric Phelps scored a career-high 28 points, five rebounds and three assists in this win that marks his first official game in his new advanced role on the team.

“Today felt good,” he said. “Both the coaching staff and my teammates believed in me, so it was only a matter of time before I got it going defensively and offensively later in the game.”

Senior forward Zach Nuttall finished with 12 points and three assists while Sam Williamson had a double-double with 11 points and 11 rebounds on the night.

SMU travel to Ohio to face Dayton college next on Friday.