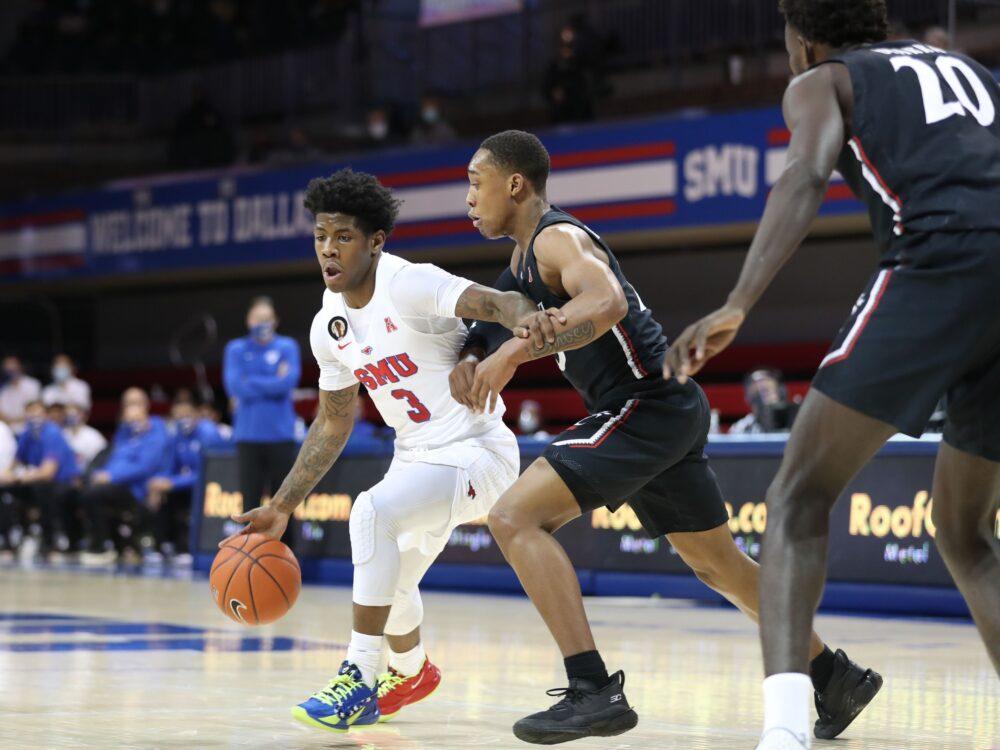 Cincinnati was in the midst of a 20-1 run. SMU had not hit a shot in nearly five minutes. It had turned the ball over four times and had watched as a one-point game morphed into a nearly 20-point deficit.

And with four minutes elapsed from the second half, Davis was in a struggle to get the ball past half court. With three Cincinnati players converging onto him, Davis lost the ball and could only watch on the ground as Tari Easton picked it up and dunked in the physical manifestation of the run.

At that point, the ending of SMU’s quarterfinal exit from the American Athletic Conference tournament, a 74-71 loss, seemed to be careening toward the inevitable. SMU, a team that had not played in 32 days, looked out of energy, out of answers and full of too much rust.

“I think we looked rusty. I mean a lot of our guys had COVID. Four or five of our guys only had three practices,” Davis said. “I think you could tell, [in that run]. We couldn’t remember the plays. We didn’t have that step.”

Coming into the night the only storyline that seemed to matter was the fact that SMU had its last nine games canceled due to COVID-19 entering the conference tournament.

Tim Jankovich had openly worried about rotations and minutes. Tyson Jolly was on a 10-minute limit after not practicing in nearly 20 days. Isiah Jasey was also limited. Yor Anei and Jahmar Young Jr. were just out completely.

And on Friday most of those fears came to fruition. SMU played ten players but nearly all of them couldn’t sustain significant minutes or a consistent effort.

Outside of Davis, who had 35 points in 38 minutes and nearly willed SMU to a competitive game late, no other player was in double-digits.

“Right in front of our face we were literally going on the fly. I mean we had to become a completely different team,” Jankovich said. “We are not in March condition. We didn’t look like ourselves and we knew we wouldn’t be coming in.”

For a while it looked as though SMU may have had enough. For the first ten minutes of the game SMU played about even with Cincinnati. After an Emmanuel Bandoumel three and back-to-back scores from Ethan Chargois, SMU took its only lead of the game at 19-17.

But then the floor fell out from underneath an undermanned group.

When Feron Hunt went down with an injury halfway through the game, it seemed just to be the final nail in what was already going to require an improbable, herculean effort. Even if SMU was able to close a once 20-point deficit down to three in the final six minutes, it never truly felt as SMU was in it.

“I think SMU’s [fatigue and rust] certainly played into it. We have been there with our pauses and know how it feels,” Cincinnati head coach John Brannen said.

And now the conversation turns back to whether SMU will have a case for the NIT. Prior to February, the last time SMU played a basketball game, SMU was 11-4 and firmly on the NCAA bubble. It sat at No. 54 in Kenpom and No. 56 in the NET.

Opportunities, though, were wiped away and, after today, it will have a lone loss on the ledger for the conference tournament.

“Certainly, by the numbers, I think we deserve to be an NIT team,” Janovich said.

For now, this distinction because the team that is and the team that could have been is one that SMU feels could be its most compelling case going into the weekend.