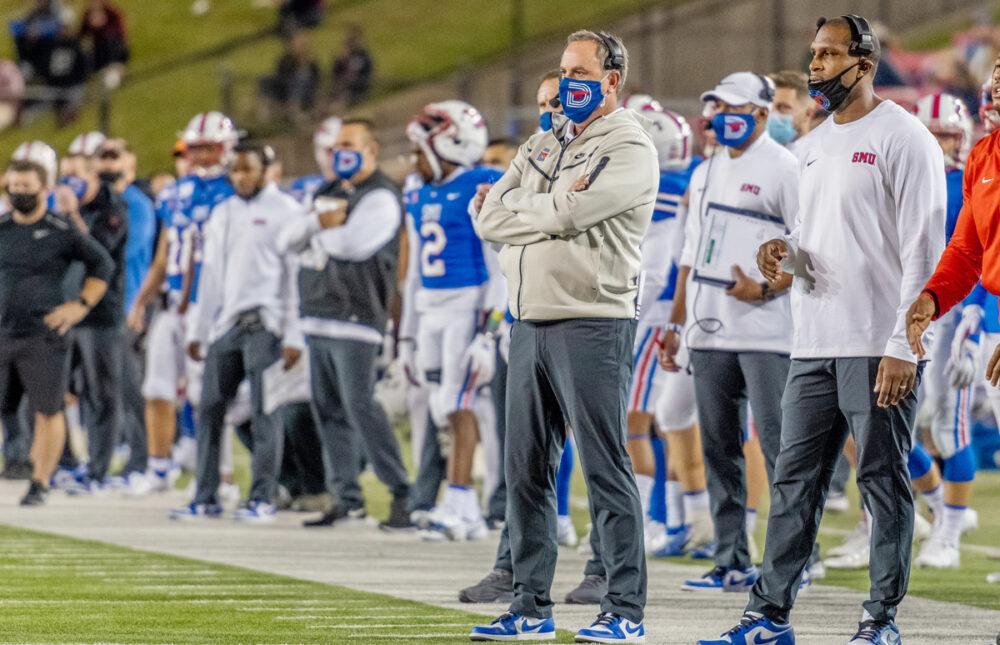 SMU will no longer play in the Frisco Bowl this weekend due to positive COVID-19 tests within the SMU football program.

“While we are disappointed in having to cancel the game, our top priority is the health and safety of all parties involved,” said Clint Overby, vice president of ESPN Events. “We wish SMU, their student-athletes, coaches and administrators well during this time.”

UTSA, SMU’s opponent, will now play in the SERVPRO Bowl on Dec. 26. That game is played at SMU’s Gerald Ford Stadium.

SMU announced that due to the positive tests among players and staffers, and ensuing contact tracing protocols, the team would not have been able to practice this week ahead of the would-be game on Dec. 19.

“Since the beginning of this pandemic, many student-athletes across the country have had the unfortunate experience of missing out on opportunities to compete in any number of athletic events, with many missing out on entire seasons,” SMU athletic director Rick Hart said.

SMU had its last two games canceled because of positive tests inside the program. It was unable to play Houston on Dec. 5 because an entire position group tested positive for the virus.

“While I wish our guys had been able to finish the year in the celebratory manner they deserved, the health and safety of our student-athletes and staff remain our top priority and this is a tough, but necessary, decision that had to be made,” SMU head coach Sonny Dykes said.

“I’m proud of our players and staff for being ready to play for 13 straight weeks during the regular season. That was a monumental accomplishment and took an incredible amount of discipline and commitment to each other and our football program.”

Houston was scheduled to be Senior Day. When that was canceled, SMU was posting tributes to seniors the week before the bowl game.

“As I said last week, this senior class will be forever remembered for helping to usher in a new era of Mustang Football. They won 17 games over the last two seasons and have been the winningest team in the state of Texas over that time. I’m appreciative and so proud of their accomplishments. We all owe them a great debt of gratitude,” Dykes said.