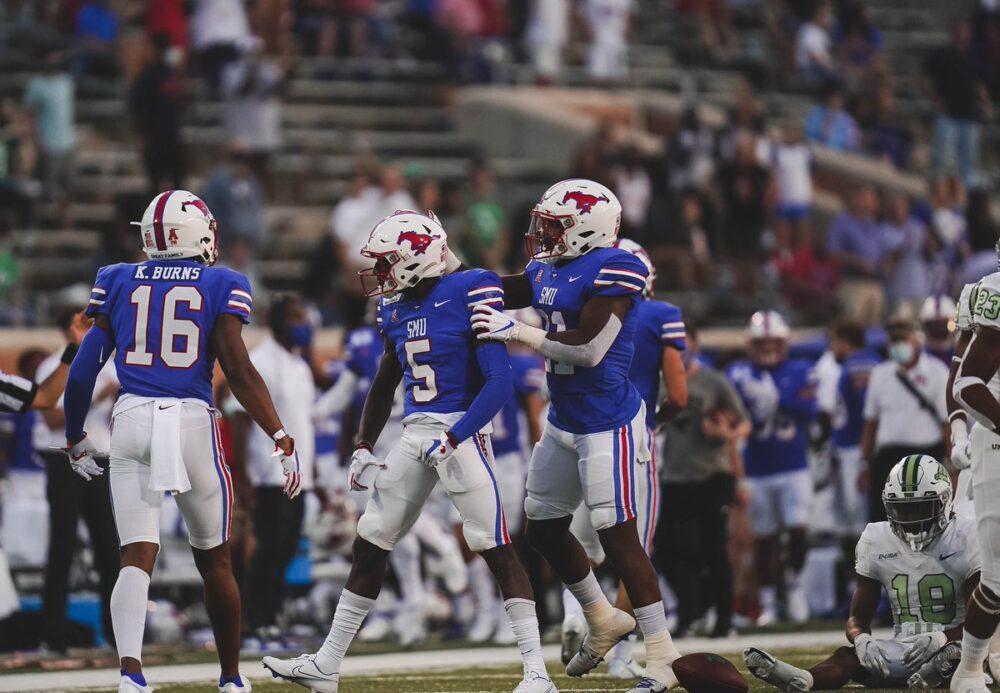 Here are some keys to this week’s non-conference matchup:

SMU and SFA have played three times before the matchup this weekend, with the Mustangs having won all three of them. The most recent clash was in 2017 which resulted in a 58-14 SMU victory.

SMU is coming off of a 65-35 dismantling of North Texas on the road in which the Mustangs put up 710 total yards of offense.

Heading into this season, there were some questions regarding the running game of SMU with the departures of Xavier Jones and Ke’Mon Freeman. However, after two games, those seem to have been answered. Redshirt freshman Ulysses Bentley has proven himself as a threat after bursting onto the scene with five touchdowns in the first two games. His 227 yards on 19 carries against North Texas were the most by an SMU running back since Shanderrick Charles in 2001.

His partner in the backfield has been nothing to slouch at either as sophomore TJ McDaniel carried the load against Texas State with 27 carries for 130 yards and a touchdown. This tandem adds an explosive one-two punch.

Shaking Off the Rust

Speaking of the passing game, after an up-and-down performance in Week 1, senior quarterback Shane Buechele seemed to settle in against the Mean Green defense. He completed 24 of 33 passes for 344 yards and four touchdowns while also adding some impressive plays with his legs.

Buechele has been spreading the wealth on offense this season with 10 different players catching passes against North Texas. Sophomore Rashee Rice leads the team in receiving so far this year with 10 catches for 203 yards across two games. Senior Reggie Roberson Jr. seems to have picked up right where he left off from a season-ending foot injury last year with three touchdown receptions. Junior transfer Danny Gray and senior tight end Kylen Granson also have been active contributors to the Mustangs’ offense this season.

A Tale of Two Halves

The Mustang defense had multiple takeaways in Denton last weekend. An interception by senior Brandon Stephens, a crucial stop on a fake punt and five forced three-and-outs saw North Texas manage just seven points in 30 minutes of play. However, the Mustangs seemed to take their foot off of the gas in the second half as they allowed 338 of the Mean Green’s 517 total yards on offense in after the intermission.

Led by seniors Delano Robinson and Shaine Hailey, along with sophomore Elijah Chatman, the defense should hope to perform more like they did in the first half this week against the Lumberjacks.

SFA has been all over the state this season making trips out to El Paso and San Antonio and now to Dallas to face the Mustangs. Their offense has gotten off to a rough start with a combined 24 points scored across their first two games. The Lumberjacks held a 14-3 lead against UTEP before being shut out for the rest of the game and trailed just 17-14 at halftime against UTSA before also squandering chances in the second half.

Gerald J. Ford Stadium is expected to be at 25% capacity with masks required for fans who will be socially distanced throughout the stadium. For those unable to be in attendance, the game will be live streaming on ESPN+.