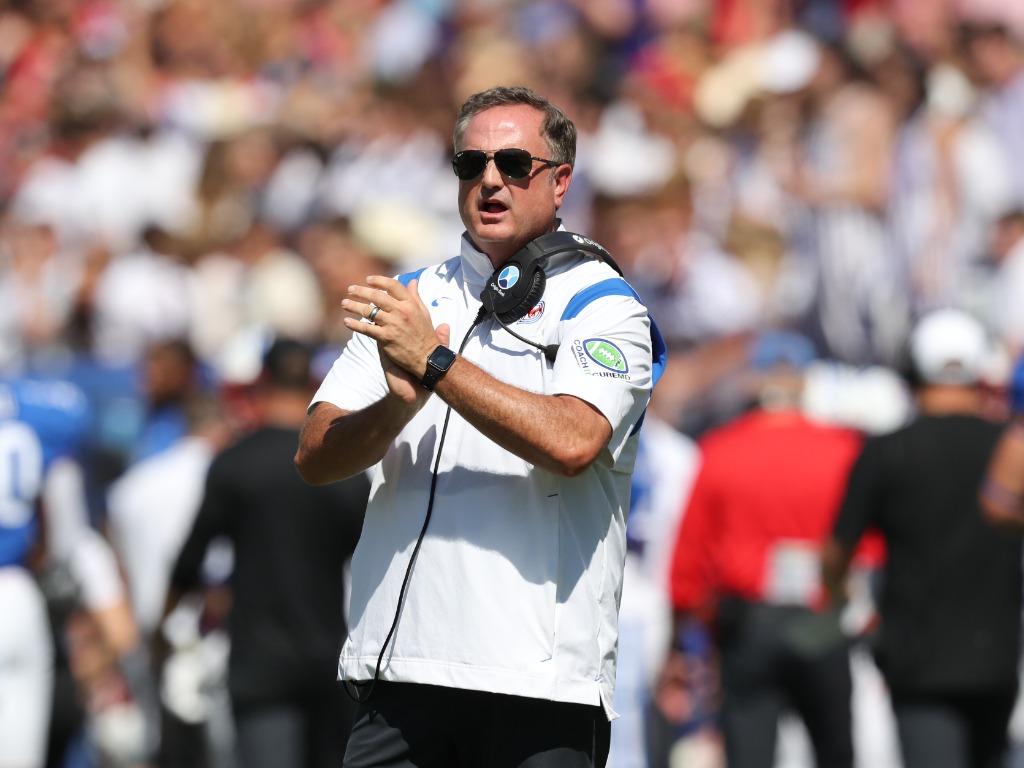 Next year, Sept. 24 will have added meaning for SMU. Not only will it be the Iron Skillet game, but it will also be Sonny Dykes’ homecoming.

After a little over four years at SMU, Dykes will leave to become TCU’s next head coach, per an ESPN report.

Rhett Lashlee, as The Daily Campus reported on Friday, is preparing to take over for Dykes after the final game of the regular season.

The news of Dykes’ departure has been circling for several weeks within the program. Starting at the beginning of November, there was a general feeling he would leave.

That sentiment became more apparent in the last week, so much so that Dykes addressed the team on Sunday about the TCU job.

As the week progressed, more dominos fell that indicated Dykes, and potentially some of his assistants, would be on their way to Fort Worth. Six of SMU’s highest-rated recruits all de-committed from SMU within the span of 48 hours from Wednesday to Friday, sending a clear message about Dykes’ departure.

“What you have to understand is that it’s just a business,” Senior Delano Robinson said. “Coaches don’t mean harm. They love the players. Sometimes when a bigger opportunity hits you, you got to do what’s best for you and your family.

“I respect him speaking to us and giving us the rundown of his situation.”

Dykes, in four seasons with SMU, went 30-17 and qualified for three bowl games. He was one of the more successful coaches at SMU since The Death Penalty. Although Dykes did not win a conference championship, the Mustangs ranked inside the Top 20 in the Associated Press poll each of the last three seasons.

Dykes is expected to coach his final game for SMU against Tulsa on Saturday. TCU has not made an official announcement yet, but is expected to hold a press conference early next week.

Dykes had a contract offer from SMU that would have made him the highest-paid Group of Five coach in the country. The seven-year offer was made weeks ago, but Dykes refused to sign it.

Multiple sources close to Dykes told The Daily Campus regardless of what SMU offered the 52-year-old head coach, the main sticking point about his future was conference realignment.

The Mustangs were not among the three American Athletic Conference teams taken by the Big 12 earlier in the year. The conference instead opted for Houston, UCF and Cincinnati. It meant that SMU would stay in the weaker AAC, hoping to get picked up by a Power Five conference in the next wave of realignment.

However, Dykes did not wait that out. Now, he will have the immediate chance to compete in the Big 12 at TCU.

Dykes coached the Horned Frogs in 2017 as an offensive analyst where he had a close relationship with recently fired head coach Gary Patterson. This familiarity with TCU, as well as his recent success recruiting the Dallas-Fort Worth area, made Dykes the obvious front-runner to be Patterson’s replacement.

However, this familiarity is also what will make the move so intriguing. Dykes is leaving SMU for its largest rival – both on the recruiting trail and on the field. Just this September, Dykes was involved with a controversy after SMU beat TCU for the second consecutive time.

After the game, multiple SMU players waved the “Triple D” flag near the TCU logo. A skirmish broke out, with TCU players ripping the flag from its pole. A TCU coach, Jerry Kill, fell in the commotion.

Multiple SMU players brought out the Dallas flag to midfield. The second time, with Brandon Crossley waving it by the TCU logo, a TCU player pulled it down and tore off the flag from its pole. pic.twitter.com/6J6rUAtHoT

TCU accused SMU players of hurting Kill. Dykes, at the time, defended his team. TCU never reversed its stance that SMU players were the perpetrators.

And that is where the rivalry left off. Now, the series will turn to Gerald J. Ford Stadium next year.

Only this time, Dykes will be on the visiting sideline.