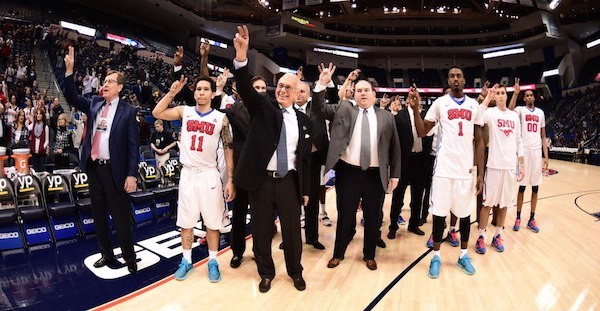 With Markus Kennedy and Jordan Tolbert in their final seasons, SMU’s frontcourt needs some depth and post players in 2016-17. On Friday, the Mustangs added a much-needed post player to their rotation for next season.

Four-star center Ted Kapita committed to SMU on Friday night, according to a report from Scout.com’s Evan Daniels and a later report from CBS Sports’ Jon Rothstein.

Kapita, a native of Congo, originally signed with Arkansas in 2015 and was rated the No. 43 overall player in the 2015 class. He never played for Arkansas because he did not score high enough on his entrance exam, per Daniels. Kapita looked at playing in a start-up professional league as a result, but did not sign a formal contract. He decided to play a post-graduate year at Daytona Beach (Fla.) DME Academy instead. He finished his high school career in 2015 playing for Huntington (W.V.) Prep.