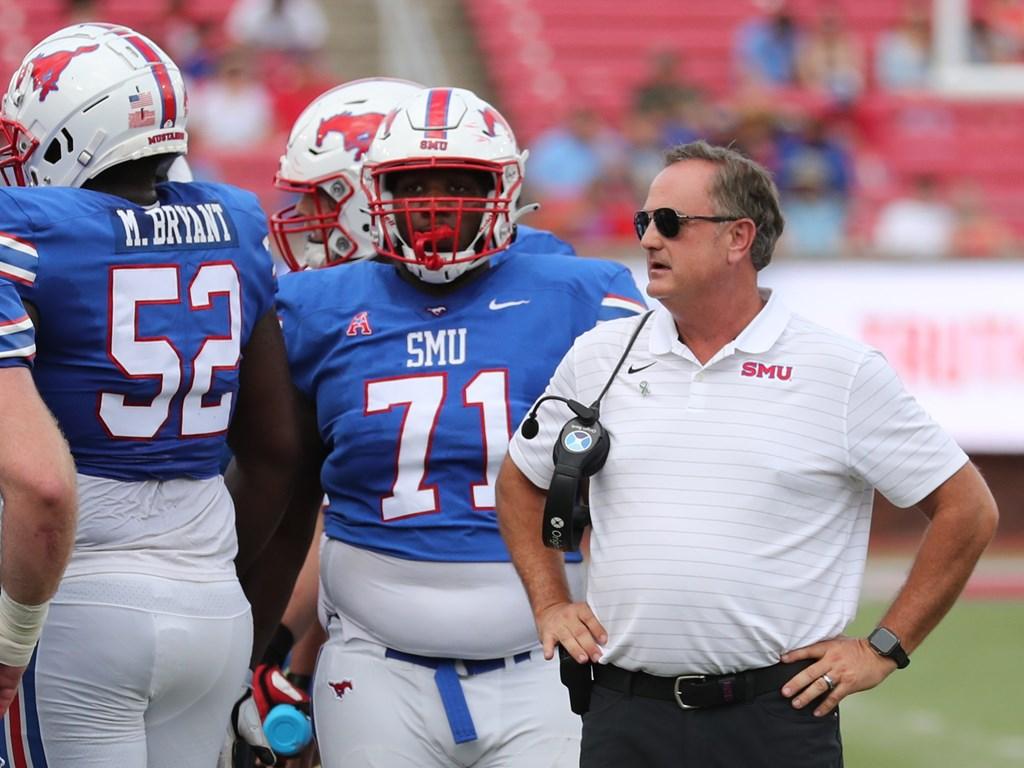 When SMU athletic director Rick Hart looks back at Sonny Dykes’ exit from the program, he has no regrets about how it all unfolded.

Even as both the athletic department and Dykes received sweeping criticism from players, parents and the fan base for a contentious last month, Hart maintained it was difficult situation for both sides.

“I believe everyone was well-intentioned and I believe everybody was trying to do our best,” Hart said. “If you are asking it in the way if there were any regrets, no. It was, and is, such a complex situation.”

Dykes has been maligned for his lack of communication with players as he spent the last month of SMU’s regular season interviewing for Power Five jobs. That frustration coincided with SMU losing four of its last five games of the regular season.

The athletic department also received backlash for SMU being left out of the Big 12’s expansion while three other American Athletic Conference schools got in. It was a factor that pushed Dykes away from Dallas.

“It is like anything [else]. In hindsight sometimes you get it right and sometimes, maybe, you don’t,” Hart said.

Dykes was formally introduced as TCU’s head coach two weeks ago. SMU hired his replacement, Rhett Lashlee, hours before Dykes was officially out the door.

But the problem over the transition occurred months prior. It started in late September when the Big 12 expanded to included Cincinnati, Houston and Central Florida. SMU, a fellow AAC member, was left out. From that point forward, Dykes appeared to be on his way out.

That feeling then solidified in late October as Texas Tech and TCU fired their head coaches to get a jump start at the coaching carousel. Dykes was a front-runner for both of those jobs and his name was immediately linked in reports.

However, as Dykes was mentioned as potentially leaving SMU, the coach downplayed the need to address the team about the rumors. He also gave non-committal answers about his interest in those jobs. Players called the rumors a “distraction” as SMU went from No. 19 in the country to out of contention in the AAC.

“It was certainty a distraction,” Hart said. “To what degree that impacted when we got between the lines, I don’t know. I have no idea. But it was very distracting. That is hard to argue.”

SMU, at the start of November, began to interview potential replacements for Dykes. Hart and SMU president Gerald Turner agreed the writing was on the wall Dykes would leave. Hart spoke for the former SMU head coach about the process and called it an “awkward” situation.

All the while, Sports Illustrated reported SMU offered Dykes a seven-year contract extension that would have made him one of the highest-paid Group of Five coaches in the country. Dykes did not sign it, and noted in his press conference at TCU that its status in the Power Five was a big draw. He listed the three AAC school who got into the conference ahead of SMU in his introductory press conference.

Hart declined to speak about the contract extension. He said SMU was making “investments” in the program as SMU tries to navigate conference realignment.

“I’m not a big second guesser,” Hart said of the way both sides handled the last month. “I like to learn from opportunities. We will learn from this one. I hope it is never duplicated. It was so unique.

Dykes, on his final day at SMU, said he never lied to players, but regretted the way he left.

Hart said there are potential remedies for a future situation like this, especially as it relates to the coaching carousel starting as early as it did. The reason why Dykes’ name was mentioned for future jobs in the middle of the season was tied to other universities letting go of their coaches so quickly to start interviewing replacements.

In a traditional season, Dykes’ name would have likely been linked to TCU later in the year. His exit, because of this, would have probably been less contentious.

Hart suggested the bigger universities writing contracts for coaches similarly to the NFL. There, coaches are not allowed to interview for jobs in the middle of the season. Fewer mid-season hires take place as a result.

“You might see boilerplate contract language evolve [to that],” Hart said. “You don’t see many mid-season or end-of-season departures in the NFL.”

“If [bigger schools like] Oklahoma and Notre Dame want to incorporate those concepts into contracts so it can trickle down into standards and best practices, then that helps everybody.”

But those are situations in the future. For now, Dykes’ exit is at the forefront as players speak out and parents are upset with its handling. Also, SMU must grabble with a conference realignment that looks murkier by the day.

“Every situation is an opportunity to learn,” Hart said. “Can SMU do anything differently? The answer is maybe. Can we as college athletics do anything? Maybe. It was so unique that I’m not sure anything will be exactly the same. But I appreciate everybody’s intentions and thought they could do the best they could in a tough spot.”