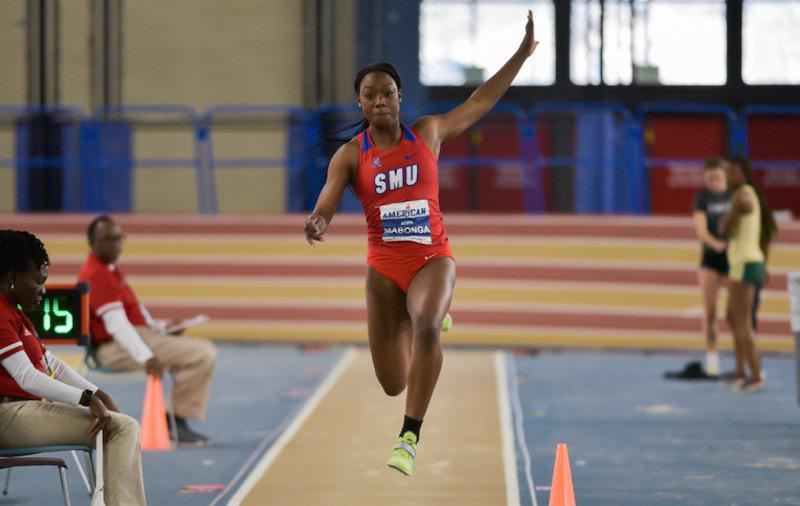 As the news of spring sport cancellations due to COVID-19 reached SMU athletes, their reactions all appeared to be the same — shock and disbelief. Atipa Mabonga, track and field athlete, scrambled to comfort others. Her teammate, Jacy Sparks, believed it had to be a joke that her senior season had been taken from her. At that moment on March 12th, the athlete’s dreams for the next few months were crushed.

Sparks suffered a back injury her sophomore year that required surgery. She said, as a senior, this was her first chance at a healthy season during her collegiate career. With the loss of this competition year, she feels like she has lost the chance to reach her full potential.

The NCAA announced an extra year of eligibility for athletes whose seasons were affected by COVID-19. However, it isn’t that simple for all athletes. Walk-on athletes, like Sparks, don’t always have the means to participate in an additional year of athletics.

“I don’t have my masters necessarily paid for,” Sparks said. “If I choose to do a fifth year, I don’t have the resources to just run next year.”

As senior athletes debate whether to take advantage of an additional year, their younger teammates face different challenges. Mabonga is a junior and an international student-athlete from New Zealand. When she found out New Zealand was shutting its borders, she had to buy the next plane ticket home before she became stuck in the States with no support system.

“It has been so hard. I’m not being dramatic, and I’m not going to downplay it. It has been really hard,” Mabonga said. “I had to pack my whole entire apartment in two days because I don’t know when I’m coming back. I’ve booked my flights, but I don’t even know if I’ll be able to leave the country or be accepted back into the country.”

While Mabonga is dealing with the additional stress of being an international student-athlete, she is still grappling with the idea of losing her season and time with friends. She said it’s difficult for her to not be around people and doing everyday activities with her teammates.

“Track is such a huge part of who I am and taking that away, I’m actually quite lost,” Mabonga said. “I don’t even know what to do with my season, because this half of the year is so revolved around competing.”

Mabonga said while she has lost so much, she has found a silver lining. She is using this time to call friends and her grandparents that she doesn’t get to talk to often in the busyness of normal life.

“I forget to check in on people when I don’t see them on a daily basis and this is a great time for me to make sure I’m keeping my relationships and building them while in isolation,” Mabonga said. “As awful as this all has been, it’s going to be so good for the wellbeing and humanity of people.”

For other sports, such as soccer, it wasn’t just their spring games that were affected by COVID-19, but also their fall season. Samanatha Estrada, a SMU soccer player, said that all spring soccer games were canceled and she fears their fall season will be negatively affected by the lack of training time her team will get this spring and summer.

“We’ve lost everything, to be honest,” Estrada said. “We’ve lost some of our connection with our coaches, the weight room coaches, and trainers. We can’t even go back and we don’t have anything to workout with. A bunch of us don’t have a home gym.”

Estrada said she is having a difficult time coping with the loss of her season and time at SMU. She said when she first heard the news of the cancellations, she struggled to make sense of it all. Estrada has found her bright side in the situation by using this time to focus on her technical skills and working on getting better at her sport.

While some athletes have had to deal with many losses along with their season, SMU athletes have been keeping it in perspective. Sparks said that while she is having to make major adjustments to her everyday life with the sudden loss of the season, she is learning a lot about patience and herself.

“This is teaching me that I’m worth more than just what I do on the track, especially because this year I was focusing on track too much because I had higher expectations for myself,” Sparks said. “I let those expectations and how I perform become defining things for me which I’d never had done before. So I feel like for me, and for a lot of other people, I’m having to adjust to the fact that I’m not just a person on the track.”