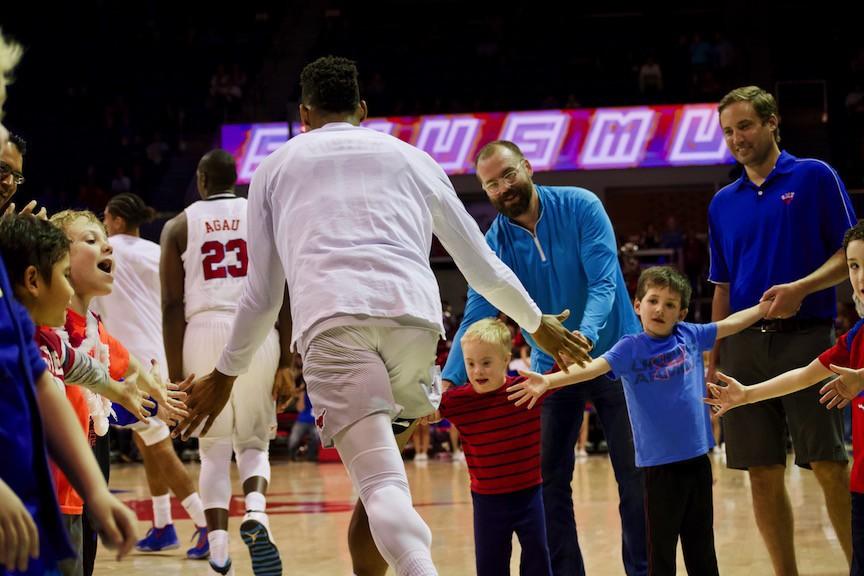 Eight months after a crushing defeat in the NCAA Tournament, SMU exacted its revenge on the team that knocked it out, beating No. 14 USC 72-55 Saturday night.

“It definitely meant a lot,” Shake Milton said. “We lost to them twice last year, so we knew they were coming into Moody and we weren’t gonna lose this game no matter what.”

Milton had a signature performance, finishing with 22 points and nine assists. Fourteen of those points came in the second half alone.

After struggling with his shot in the Bahamas, Milton broke through with a 6-11 performance Saturday. He bailed the Mustangs out twice by hitting seemingly impossible shots with the shot clock expiring.

The game was tight for most of the night. The Mustangs led by one point with 13 minutes remaining when Ben Emelogu spearheaded a run. The senior guard flew in from the weak side for an alley-oop and calmly buried a 3-pointer for SMU’s next few points. Emelogu also played with his signature hustle, nabbing six rebounds and three steals.

The senior guard finished the game with 16 points. He hit six of his seven shot attempts.

“He’s a big-time player,” Jarrey Foster said of Emelogu. “And nobody really knows it. He crashes the boards hard. He defends. He shoots the ball at a high rate. Gu is a great player in my eyes, and he should be in everyone else’s eyes.”

Early in the game, SMU struggled to score. USC used a variety of defenses to stymie the Mustangs’ offense, and SMU trailed 25-17 with five minutes remaining in the first half.

Then, SMU got a jolt of energy. A pair of Jimmy Whitt mid-range jumpshots and a 3-pointer from Emelogu sparked a 7-0 run for the Mustangs, bringing them back in striking range.

SMU thoroughly dominated USC in the second half, outscoring the Trojans 45-25.

In last year’s NCAA Tournament game, USC stifled SMU’s offense by going to a zone defense. In the second half, the Mustangs went into a zone themselves, holding the Trojans to 36.3 percent shooting and forcing eight turnovers.

“We gave them a little taste of their own medicine,” Foster said. “They put a zone on us last year and we couldn’t do anything.”

SMU has defeated the preseason two top-ranked teams in the PAC-12 (USC and Arizona). While the wins mean a lot in the locker room, they could mean even more to SMU’s resume in the NCAA Tournament.

“I hope the combination of the Arizona game and this one says a lot, and now I’m the biggest fan in the world of Arizona and Southern Cal,” Jankovich said. “But, I can’t imagine this does not help us a great deal.”

SMU has won its last 28 games at Moody Coliseum — the second-longest streak in the NCAA.

SMU has another tough test coming up. The Mustangs will travel to Fort Worth Tuesday night to take on No. 23 TCU.