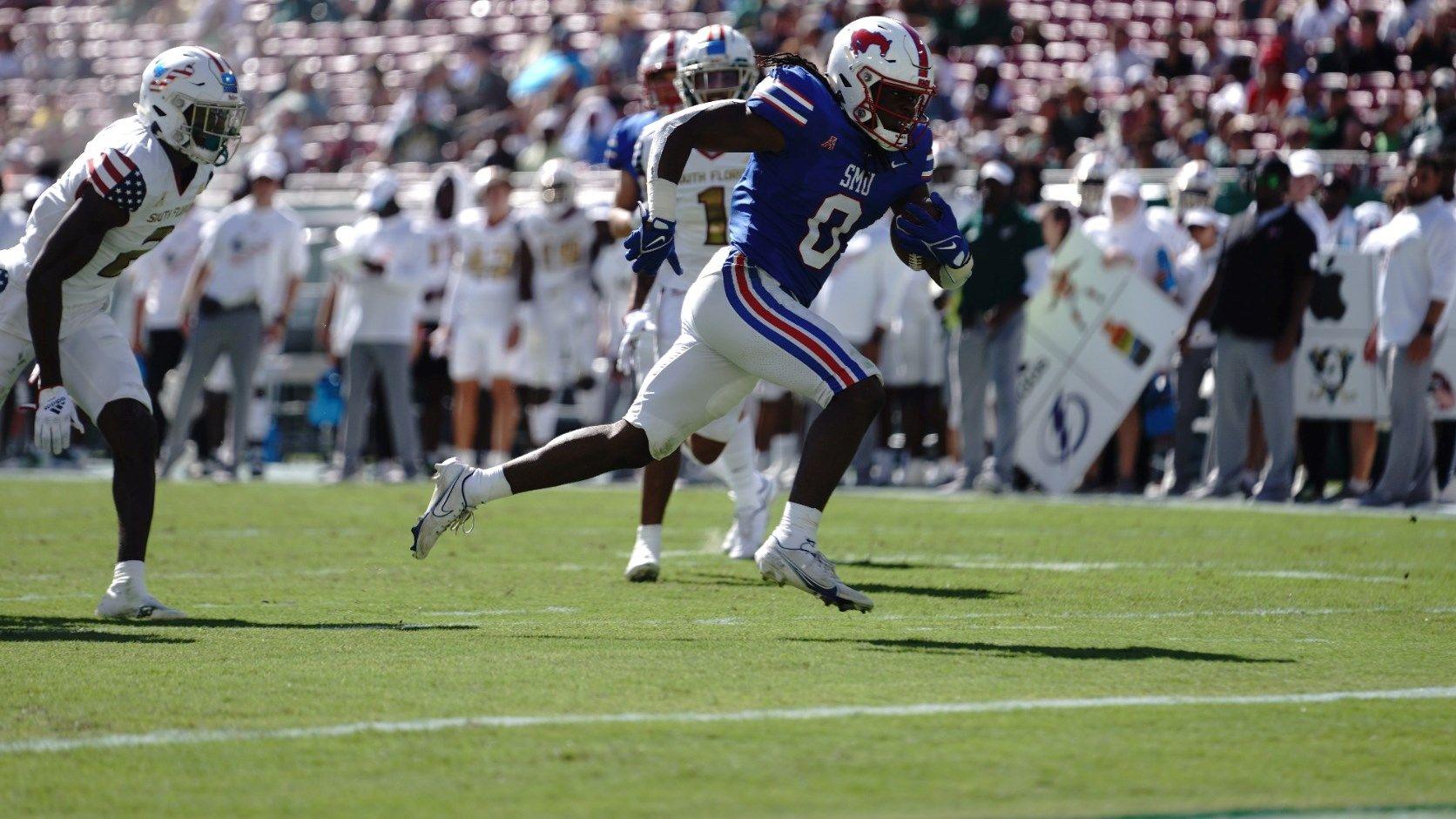 Before the last SMU win, against Houston in Dallas, head coach Rhett Lashlee said he had a feeling they were going to win. And on Saturday against an unspectacular USF team, the same sentiment was felt around the dressing room as the players lined up to play.

In a season that started awkwardly, with two wins on the trott, winning was something this SMU team were beginning to get accustomed to, so why would it stop now?

“I believe in my team, and I believe we’re a good football team,” Lashlee had iterated loss after loss at the start of the season. And after three straight wins in a row for the Mustangs, his words are finally holding weight.

SMU fell 10-nothing in the first quarter against USF but quickly turned the game around and went into the half level – both teams with 17 points apiece. The seocnd half though, was where the brunt of the work was done.

SMU scored 21 points in the third quarter and managed to keep USF scoreless until the fourth. By the fourth, it was too late for a home team comeback.

Quarterback Tanner Mordecai finished 19 of 27 for 280 yards. Tyler Lavine and Camar Wheaton, both scoring two touchdowns in the first half, both ran for 112 yards. Jordan Kerley had seven catches for 156 and Rice six for 99.

This win means the Mustangs are now bowl-eligible and are 6-4 for the season (4-2) in the AAC.

For the next game, The Mustangs face Tulane away in Louisiana on Thursday.