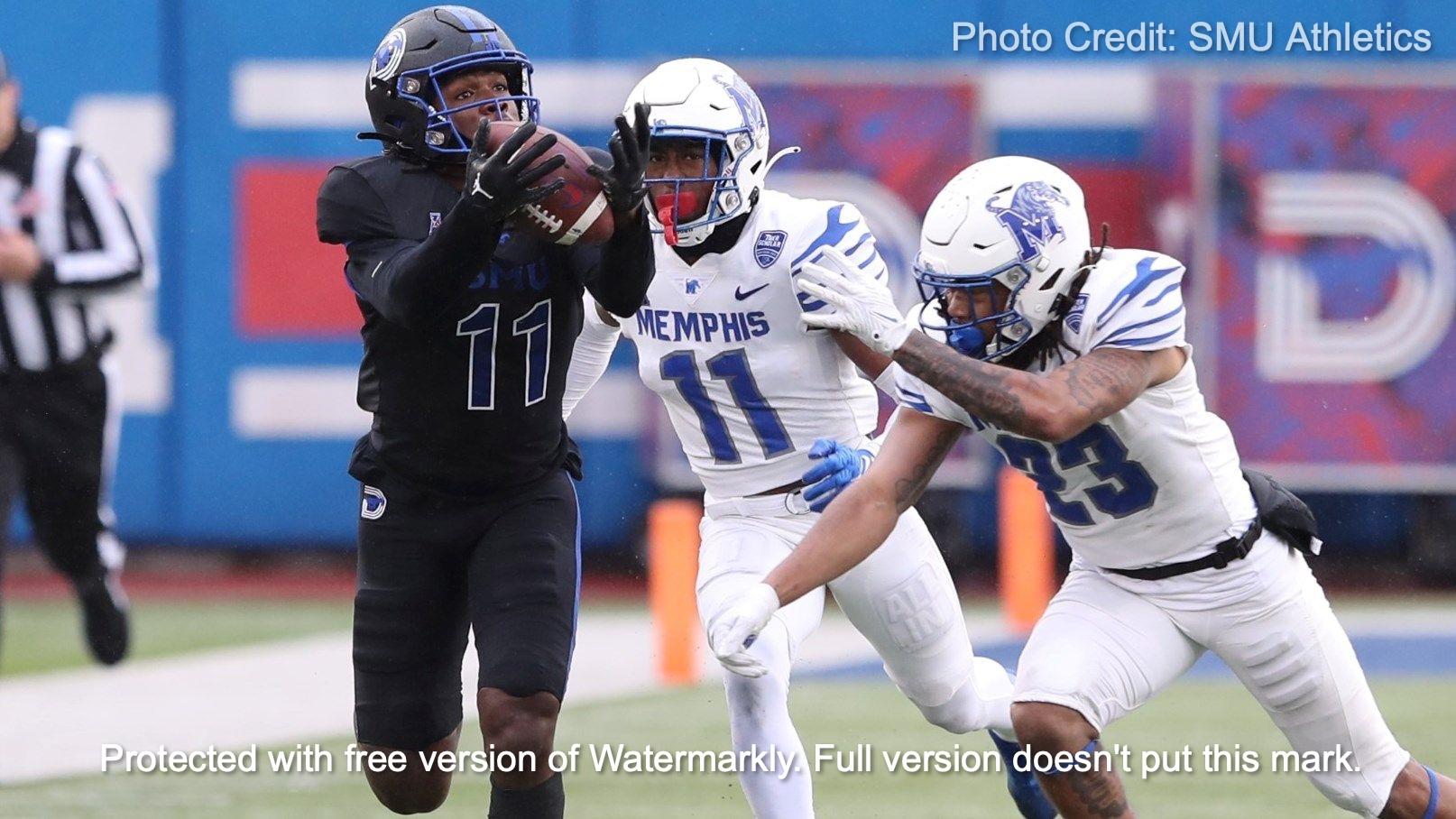 UNIVERSITY PARK – For many SMU fans, it had been a while since there was cause for celebration at the final game of a season. Under the new coaching regime, that was a reality on Friday night because for the first time in three years, the Mustangs had managed a win on closing night.

But like the rest of the games this season, this win was tightly contested and hard fought.

SMU went down 7-0 in the first quarter, but came back and put the game within three before the break. A 20-14 second half performance by the Mustangs was enough to make the difference on the night and close the season, epitomised by a late game-deciding interception from defensive back Brandon Crossley.

SMU Quarterback Tanner Mordecai finished the game with 228 yards, including two touchdowns. Rashee Rice, SMU’s star wide receiver and the country’s leading receiver for yards broke Emmanuel Sanders’ school record for most yards in a single season on a 24-yard touchdown catch from Tanner Mordecai. He finished the regular season with 1,355 receiving yards.

SMU finishes the season with a 7-5 overall record (5-3 in the American Athletic Conference) and a 62% win percentage. More importantly, the team comes out with smiles on their faces, and a lot of lessons learnt from their first season with their head coach.

The @SMUSwimDiveM @SMUSwimDiveW Senior Night meet against #TexasAM is minutes from starting at the Robinson and Lindsey Aquatics Center. The pre-meet #senior recognition ceremony is packed with the athletes family and friends standing by to celebrate their accomplishments.