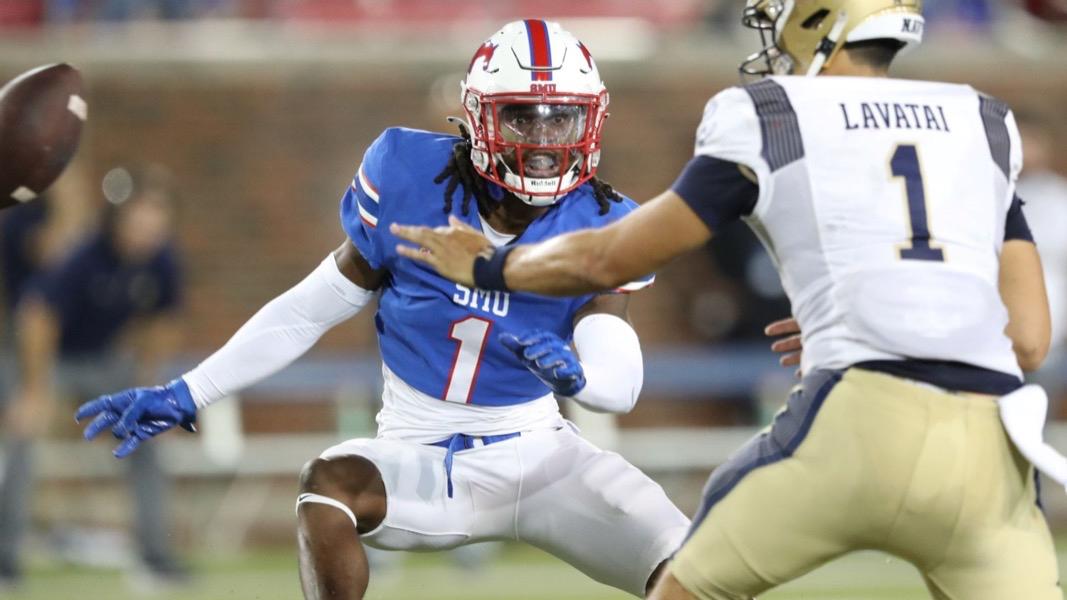 UNIVERSITY PARK – One thing SMU head coach Rhett Lashlee has continuously made clear from the start of the season is that the team’s focus was on its success in the American Athletic Conference, and not anything else.

However, if last week’s loss to UCF was to be any indication of the team’s conference aspirations, things weren’t looking too promising for the Mustangs, and Lashlee himself admitted there was much work to be done.

And was work done. The three consecutive losses could have really hurt this team’s spirit, and to be able to bounce back from that would make any head coach glad.

“This is a very good team that happens to play well without anything to show for it sometimes, Lashlee said.” “And so it was critical that we get a win, you know, not for the rest of the season and conference championships and all that – just to get a win.”

And Navy was deemed a quite formidable opponent too. Coming off a 51-14 win against Tulsa, Navy was tipped to present a challenge to the Mustangs’ conference progression.

In a game where the 34-40 final score does not tell the full story, this very physical Navy side gave SMU a good run for their money on Friday. However, Navy’s poor passing play and 3rd-down efficiency cost them heavily on the night.

Tanner Mordecai threw for 336 yards and 4 touchdowns, without throwing an interception to cap off an impressive performance on the night. At a period where questions have arisen concerning his abilities, this fantastic night serves as a perfect response to his critics. Mordecai also led the team in rushing, scoring a 60-yard touchdown during the game.

This win would help the team get back on track for the rest of the season, safety Brandon Crossley said. “We’ve had a rough stretch of things that have happened to us that we thought were kind of in our control and stuff that we messed up so this win would definitely help us.”

Lashlee’s team has now seen the lowest of lows and has been able to arise from it. How they fare going forward is what is important now.

“I think we have a good team,” Lashlee said. “I think we can compete with everybody in our schedule but we just need to keep fighting and have many guys step up because we’re going to need it the next six weeks.”

Many more challenges lie in wait for this SMU team, the next of which is Cincinnati next week at the Gerald J. Ford Stadium in Dallas.