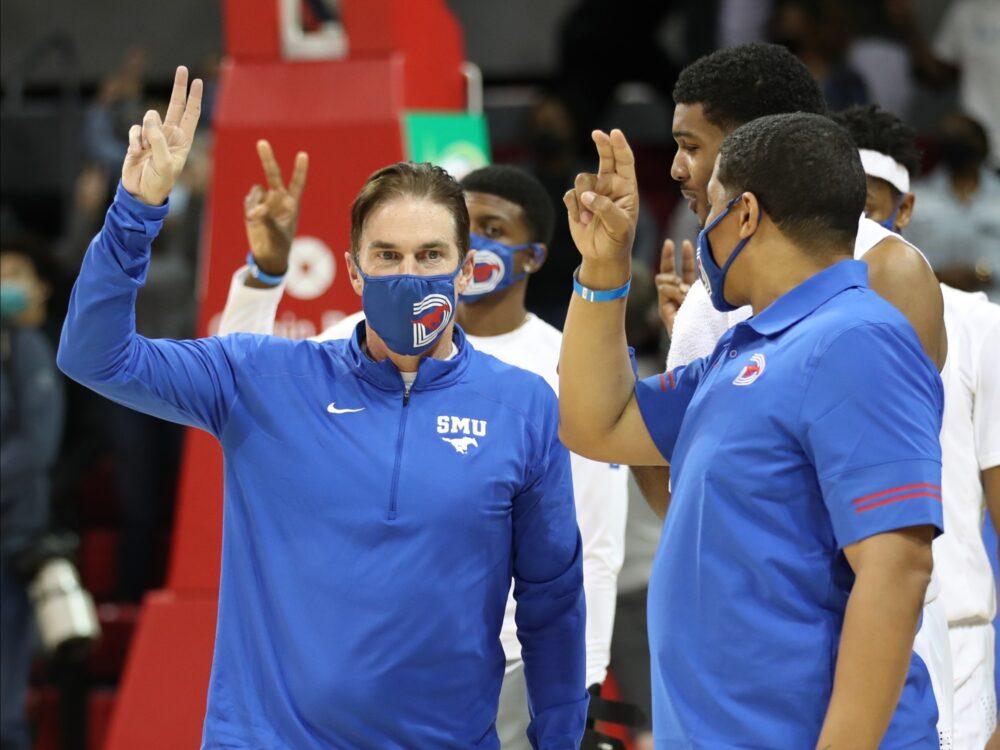 After early resistance by Sam Houston State, SMU cruised to a double-digit win.

Zach Nutall was the lone bright spot in the Bearkats offense. He heated up early, hitting a quick three and two compiling two layups for seven of his team’s first nine points. Nutall finished with a game-high 36 points. The rest of his team chipped in just 31.

However, the Mustangs ended the half with a 15-point lead.

The second half was more of the same. Charles Smith had IV had 11 points and Emmanuel Bandoumel had nine points on the night.

Ethan Chargois and William Douglas chipped in during the second half as well, hitting timely threes to expand SMU’s lead. Chargois had 12 points in the game and Douglas finished with 15.

Darius McNeil was set to make his SMU debut on Wednesday night after sitting out all of the 2019-20 season due to NCAA transfer, but was ruled out of the game due to a lingering wrist injury.