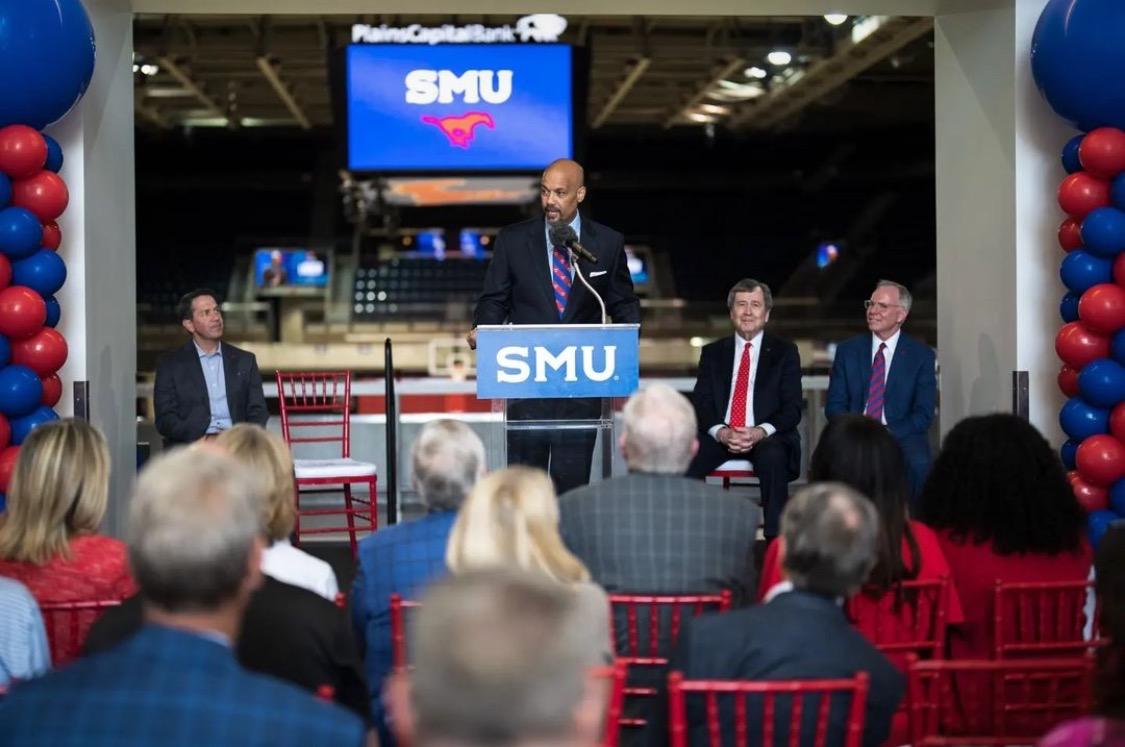 In his address to the players earlier today, Lainer said, “I want to build a good program, and I want to get to the point where getting to the NCAA Tournament is something we’re longing for, but it’s something that we can do.”

Lainer, 53, has previously held coaching roles with Georgia State, Siena, Tennessee, Texas, and Florida. In his last job, he spent three seasons with Georgia State, holding a 53-30 record and leading them to a spot in the NCAA tournament for the first time since 2019. His previous teams have made a total of 12 NCAA Tournaments and 19 postseason bids.

“Rob is an excellent coach and has been mentored by some of the game’s best in Rick Barnes and Billy Donovan. He and his staff will build upon the success our program has experienced under Coach Brown and Coach Jankovich,” SMU Athletics Director Rick Hart commented. “His character, integrity, and commitment to developing our student-athletes as both players and people align with our mission of Shaping Champions.”

Speaking with The Dallas Morning News, Lainer commended the SMU’s basketball program’s reputation, and labelled the Hilltop “a perfect fit for him and his family.”

At a time when SMU basketball has struggled to earn a spot in the coveted NCAA tournament, this appointment looks like one that would be thoroughly backed by the supporters since Rob Lainer has made the tournament with both Georgia State in 2022 and Siena in 2002. With SMU’s last NCAA appearance coming in 2017, this coaching change could mean brighter days for the team and this group of players.

SMU was 24-9 this season and finished second in the American Athletic Conference – only behind Houston. Despite defeating both Houston and Memphis during conference games, SMU still missed out on the NCAA, losing to Memphis in the AAC semifinals in March.

Lainer is a cousin of eight-time NBA all-star Bob Lainer, a member of the Naismith Memorial Basketball Hall of Fame.