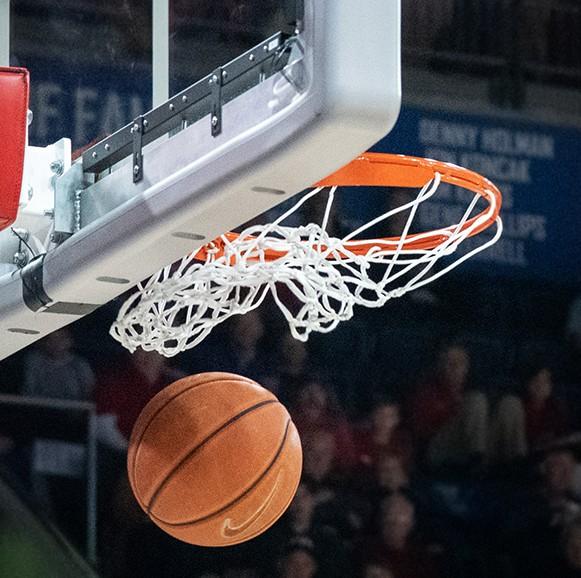 It wasn’t the shot that had Tim Jankovich perplexed after the game. A “miracle,” even by Jankovich’s standards, Laquincy Rideau’s fadeaway, game-winning triple should have never been allowed to happen. That was really what made SMU’s regular season finale so difficult for the head coach to comprehend, a loss that ranked among the 60-year-old’s worst in his career by his own admission.

USF’s walk-off style ending to senior night might have put the bow on a 61-60 SMU loss, but it certainly wasn’t what caused it. Up by seven points with 24 seconds to play, SMU did what has become ritual this week- finding a way to lose the game in the waning seconds. This time it was three turnovers, two missed free throws and a pair of low percentage three-pointers for USF later that turned a much needed win into SMU’s most devastating loss.

“We have had a rough week. We have a 26-point lead on Sunday. We comeback against Central and then lose. And then this, and honestly you have to do everything wrong to lose a game. For me this one is the hardest because we pulled a loss after a win,” Jankovich said. “We just did not finish the game. It was a miracle shot, of course, but we just can’t be in that position.”

Providing this chronology to the week might accentuate the reasons for why this particular collapse is the most painful iteration of SMU’s fatal late-game trend. As SMU walked off the court in Florida, it was in the midst of a three-game losing streak, the longest of the season. A team that two weeks ago was talking about winning the conference out right is now in seventh place. The tournament bid, that was very real at one point, has morphed into a fridge chance for the NIT. The way it has all spiraled, though, that is something that makes it even tougher to swallow.

“I have been in some really disappointing losses in my career but, I have to say, this one ranks right up there,” Jankovich said. “We really played well in so many ways and basically, all we have to do is get the ball in once and make a free throw. Then the game is over.”

In many ways, that assessment of the game is accurate. SMU did jump out to a large lead, at one point building a double-digit advantage five minutes into the contest. Ethan Chargois, in a starting role for the first time since Jan. 15, led that charge. Playing his best game, he paced the team with a team-high 20 points and nine rebounds.

Yet, it was never enough. Offensive rebounds, turnovers and points in the paint always kept USF within arm’s reach. A double-digit lead was dwindled down to five on multiple occasions in the first half. Eventually, USF broke through to take the lead on repeated spurts after the intermission, capped off by USF’s Antun Maricevic leading a fast break and punctuating an open court dunk.

The Bulls led for 5:12 in the game, all in the second half, but it was a game that never felt in their hands until the very end.

With the game teetering on the edge at the eight minute mark in the second half, it appeared as though SMU had sealed the game. For five minutes USF did not put down a single field goal and SMU countered with a 8-0 run. Isiaha Mike, who had been quiet by his standards, dropped in three of his 12 points with a corner three. Tyson Jolly added another bucket the possession after, en route to 17 points and three triples of his own. But the ending sequence mitigated the run, and the effort as a whole. A 53-45 lead at the 3:53 juncture, which had forced a USF timeout, was not comfortable enough.

“We had done (enough to win the game). All we had to do was get the ball in bounds,” Jankovich reflected.

That was not the case as SMU proceeded to throw the ball off the hanging scoreboard, take a five-second call and watch as USF hit back-to-back triples to erase that eight point margin it had built.

As for the lingering effects of a game like this, Tim Jankovich suspects there will be none. While the true answer to that question of residual effects is still unknown, a Thursday night conference tournament first-round game will have very tangible responses to that query.

“We have lost three in a row and we need something new to happen. It is a new season now so it will probably be washed away. It is a whole new mentality and psychology,” Jankovich said.