HARTFORD, Conn. – SMU and Cincinnati played in the last of the 32 conference title games on Sunday afternoon, the final bout for an automatic NCAA tournament bid before three weekends of madness.

The Mustangs beat the Bearcats, 71-56, to earn the automatic bid in the NCAA’s field of 68. They claimed their second American Athletic Conference tournament title in the last three seasons. They also won the season series against Cincinnati, 2-1.

Ironically, SMU’s easiest game of the three it played the tournament came against a team that is anything but easy to beat.

SMU (30-4) never trailed in the game. It ripped off an 11-2 run to start the game, which forced Cincinnati (29-5) head coach Mick Cronin to take a timeout before four minutes had passed. SMU’s lead was nine at halftime, courtesy of a Ben Emleogu buzzer-beating 3-pointer some 35 feet from the basket. It stretched to 17 with 12:52 left in the game.

The Mustangs shot 50 percent from the field, and 52 percent from 3. Sterling Brown led all scorers with 18 points. Twelve of those came in the second half.

Brown also passed Ryan Manuel for the most games played in SMU history, with 135. Ben Moore tied Manuel for second with 134.

SMU rode Moore in the first half, during which he scored 10 points and grabbed nine rebounds. Cincinnati big men Kyle Washington and Quadri Moore were unable to guard him around the rim.

Cincinnati started 0-for-7 from 3-point range, and shot 17 percent from 3 overall. It was a stark contrast to the teams’ last meeting, in which the Bearcats made seven of their first 15 3-point tries. They had open shots early on, but could not get any to fall. They shot 31 percent for the game.

Jacob Evans, who made a pair of 3s in the first five minutes in his last game against SMU, did not make his first until more than 28 minutes had passed. He did not score in the first half. Brown and Emelogu frequently drew him on defense.

Ojeleye was named the tournament’s most outstanding player. Brown and Moore earned a spot on the all-tournament team.

Posted on March 12th, 2017 by Patrick Engel
ShareTweetShare on Google+Pin on PinterestSend with WhatsApp
21 recommended 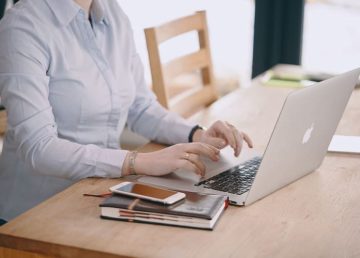 The pandemic's push online was initially borne out of necessity, but now educators are looking at the ways they can continue to implement the lessons from online learning to improve education and combat institutional inequities. END_OF_DOCUMENT_TOKEN_TO_BE_REPLACED