Frazier scored 23 points, securing the Mustangs’ lead throughout the game with 20 points made during the first half. SMU player Shake Milton also added 20 points, his personal best at SMU, to which Associate Head Coach Tim Jankovich said Milton had his “break out” game today during a press conference. 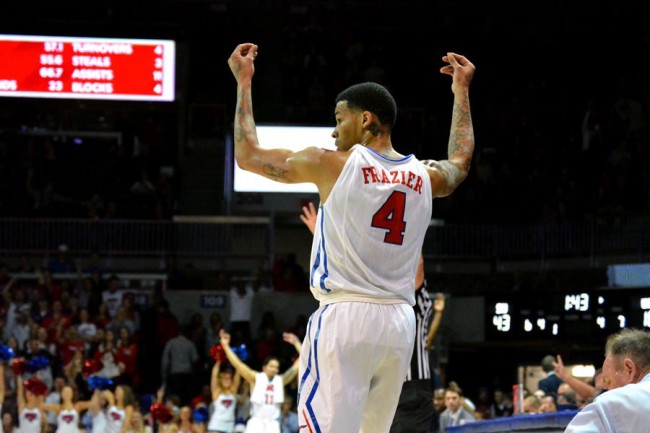 SMU led 50-20 by the end of the first half. The UNH Wildcats tried to come back during the second half thanks to their starting players.

Wildcat guards Smith and Dion held their own, with Smith bringing in 14 points and Dion scoring 10 of the total 44. Forwards Leissner and Armstrong came into assist, together scoring 13 points.

But SMU continued to lead, widening the gap by bringing in 48 more points by the end of the second half.

Jankovich said the Mustangs were more on task for a longer period of time than they have been all year to bring home a big win.