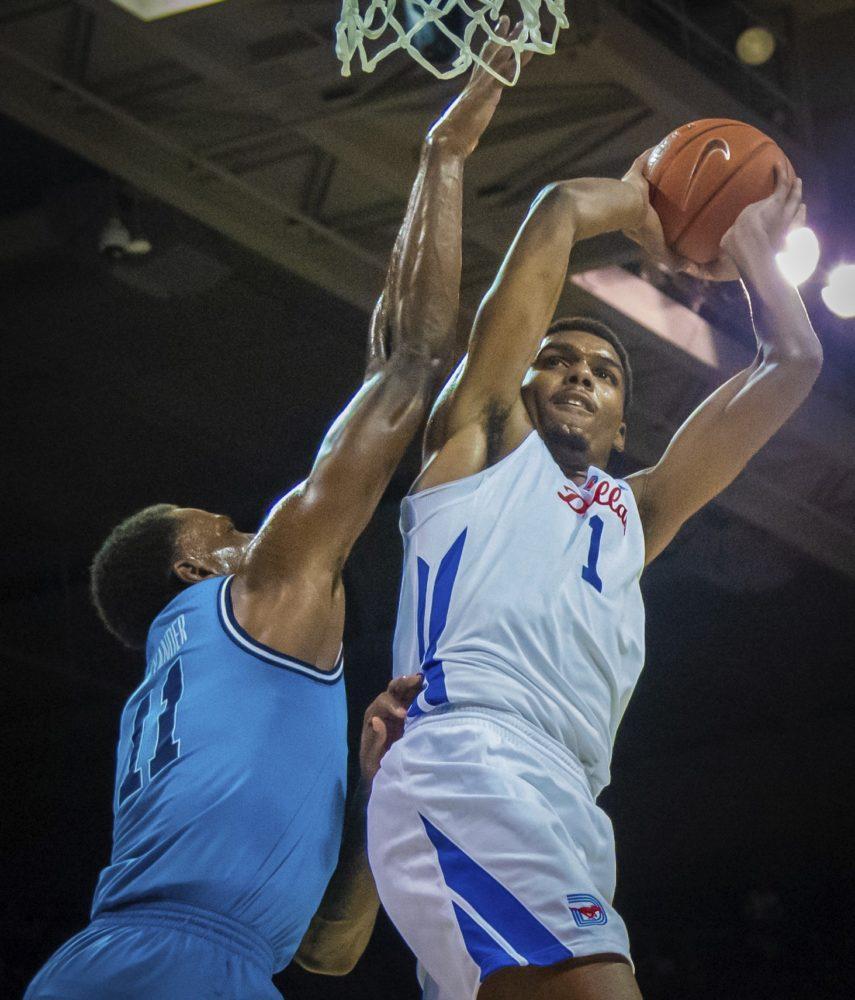 SMU junior forward Feron Hunt announced he would be returning to school for a third season on Monday, per his Twitter page. Electing against entering his name into the NBA Draft, Hunt arrived on campus with the rest of the team for the start of summer workouts.

As Hunt has gone through the NBA Draft process over the last two months, most aspects of the process have been truncated due to the coronavirus. Typically, players are allowed to have in-person meetings with teams and go through a series of workouts with NBA coaches and personnel. This year, the workouts and showcases were not possible as people were sequestered at home.

Hunt, who announced he would be entering his name into the NBA Draft without declaring on March 25, has repeatedly said he was in communication with multiple NBA teams. He was receiving feedback on where he needs to improve as he heads into his junior season for the Mustangs.

This past season, Hunt had an uneven year. At times, Hunt was a centerpiece of SMU’s offense. His rebounding and occasional scoring bursts kept SMU in the race for an at-large NCAA tournament bid down the stretch. It all crescendoed into a 31 minute, 23 point performance against UConn in early February in a must-win game for SMU.

But there were other moments where Hunt struggled. He fell out of the starting lineup in the middle of the year after Emmanuel Bandoumel found his footing. Hunt became SMU’s sixth man on most nights, prompting Head Coach Tim Jankovich to praise his response to the role change.

“I think Feron is in a really good spot right now and I hope he doesn’t get out of it at all. I think he is turning a corner and starting to figure out some things that we want him to concentrate on. That is the gritty parts of the game and playing hard every play,” Jankovich said in February.

Hunt finished his sophomore season averaging 11 points a game, 6.7 rebounds and shooting 55.7% from the field.

Jankovich has noted that he sees Hunt as a double-digit rebounding player, and the 6-foot-8, New Orleans native has done so at times.

The biggest area of concern most have attributed to Hunt is his shooting ability. Hunt’s main emphasis from freshman to sophomore year was on shooting, where he shot 25% from three-point distance in his first season. Last year, Hunt continued to shoot below 30%, finishing at 27.5% from deep.

Fellow backcourt mate Isiaha Mike remains in the NBA Draft process. Mike did not return to campus on Monday, electing to stay in Toronto to continue to talk with NBA teams. He will have a little over a month to make his final decision to stay in the draft or come back to SMU as the NBA extended the decision deadline amid the COVID-19 pandemic.