SMU knocks off Navy on the road for first time in 23 years, but is the program building fast enough for bigger games down the line?

ANNAPOLIS, Md. — Tanner Mordecai doesn’t shy away from the future, or the games that inevitably rest on SMU’s horizon.

He will openly tell you that No. 5 Cincinnati, SMU’s largest obstacle to winning a conference championship, will be a difficult game to win. Before that, he knows SMU will have to wade through road games in Houston and Memphis in order to remain undefeated and stay ranked if it even wants a meaningful shot at the Bearcats.

But what gives Mordecai confidence that SMU can pull off those wins — a triplet of tough road games — is the idea that his team is gradually building to those games. It’s a process.

The only problem is — as SMU narrowly squeaked past Navy 31-24 on Saturday — it looks as though there is a lot more process left as the season reaches a halfway point. Perhaps, maybe even too much process as Cincinnati is just six weeks away.

“We can’t wait for the biggest stage [to turn it on]. Whether that is the next game we play or further down the road it doesn’t matter. We [have to be] ready,” Mordecai said. “We shot ourselves in the foot today moreso than Navy got after us.”

Beating Navy on the road, something SMU hasn’t done since 1998, is difficult. But, being down two touchdowns at one point in the second quarter, it wasn’t necessarily the performance that breeds confidence SMU can win on the road down the stretch of the season.

SMU went 2 for 11 on third down. Its offense turned the ball over twice and the No. 24 team in the nation only led on the road for a total of 17 minutes.

It wasn’t until Jordan Kerley’s fourth-quarter touchdown catch that SMU took it’s final seven-point lead. Even that was hard to come by, as Kerley spun in the air to track down a 22-yard touchdown.

“It’s a difficult place to win. I’m just proud of our guys for gutting it out. But I think we have to do a better job obviously,” SMU head coach Sonny Dykes said. “We have to get off to a better start. We talked to the guys about it. But some bad stuff happened to us.”

The game quickly got up on SMU. After a quick 66-yard touchdown to Reggie Roberson Jr. on the first series of the game, Navy scored 21 unanswered points.

Mordecai threw an interception on first down and goal in the second quarter that set up a Navy touchdown. On the next series, Mordecai lost a fumble deep in SMU territory that was ultimately scooped and scored by Navy linebacker Diego Fagot.

“You are up 21-7 and you feel good about things. We had the crowd in the game. Everything was going great,” Navy head coach Ken Niumatalolo said.

SMU fought back into the game. Special teams carried it as SMU offense sputtered to just four rushing yards in the first 20 minutes of the game. It would end with 80 rushing yards as Ulysses Bentley IV was limited and Tre Siggers struggled.

Bryan Massey returned a kickoff 95 yards for a touchdown to get back into the game. From there, SMU begrudgingly carried its offense to score just enough to win.

Mordecai finished with 324 yards, two touchdowns and two turnovers. Roberson had 100 yards receiving and a touchdown. Rashee Rice had eight catches for 77 yards.

“We are aware [this isn’t where we want to be] with the slow starts. It’s something we talk about” SMU defensive lineman Mike Williams said. “It is a thing we have to get to. I think we’ve had a history of starting slow and we know when we play our best football, we can play with anyone in the country.”

But the question remain — even if SMU feels its best can beat anyone — will SMU build to its best iteration in time for a Nov. 20 game against Cincinnati?

After all, the fifth-ranked team in the nation just beat Temple 52-3 this weekend. Cincinnati also beat Notre Dame on the road the week before. It looks like a team ready for the games on the schedule, not a team that is building to it.

Will SMU be ready in time? Time will tell.

Time is also something, ironically, that SMU increasingly has in short supply.

Posted on October 9, 2021 by Kevin Reynolds
ShareTweetShare on Google+Pin on PinterestSend with WhatsApp

After being recalled from her London study abroad program, Pooja Tewari reflects on her memories at SMU. END_OF_DOCUMENT_TOKEN_TO_BE_REPLACED 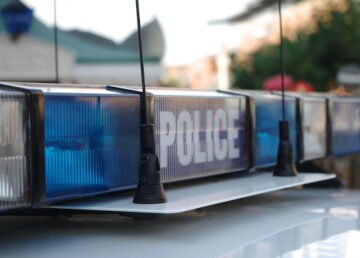 Danny Gray has transformed himself into an offensive mainstay. Against Navy, he has a chance to take the next step.

SMU jumps into AP Top 25 for first time this season