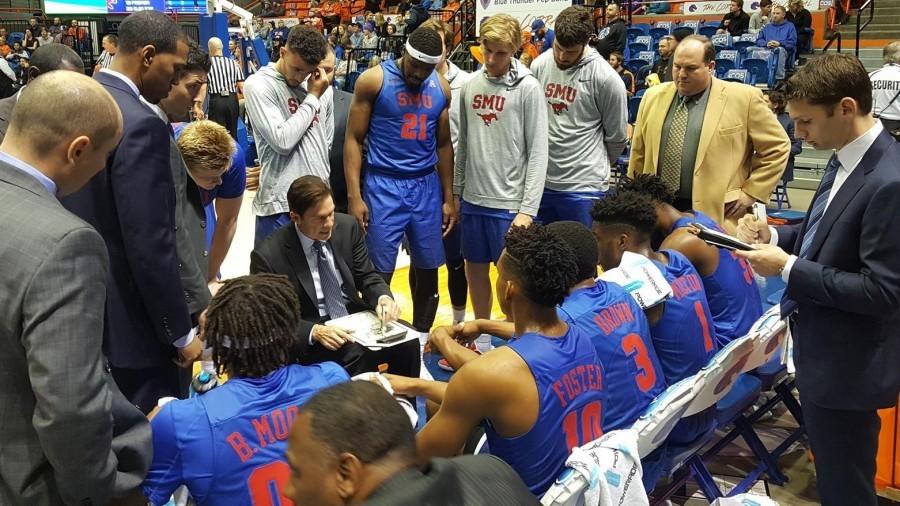 After a tough loss at the hands of USC in California, SMU looked to bounce back against Boise State. They were not able to do so, as Boise State beat them 71-62. The Broncos dominated SMU in the first half, building a 20-point lead before halftime, and the Mustangs were unable to make it up. The loss puts SMU at 4-3 for the season.

The first half started with the two teams playing evenly, SMU led 12-11 early, but a James Reid three-pointer ignited a 12-0 Bronco run. Reid scorched SMU from downtown in the first half, nailing four three-balls as Boise State finished the half up 44-24. SMU simply did play well on either end in the first half, allowing open looks on defense and not converting their shots on offense.

SMU started the second half well, scoring 12 points in a row to cut the deficit to 8. However Boise State was able to stave off their run. Justinian Jessup made a 3-pointer that put the Broncos back up 11. The Mustangs could not seem to heat up from that point on, as they did not get closer than five points away for the rest of the night.

SMU finished 1-of-11 from three-point range, with its only make coming from Sterling Brown with 19 seconds left. SMU also shot an alarming 11-for-22 from the free throw line. Of the five Mustangs to attempt a free throw, only Semi Ojeleye shot better than 50% from the stripe. This drops SMU’s free throw percentage on the season to 64%.

SMU also struggled on the defensive end. Boise State burned them from three in the first half, and they were not able to get critical stops in the second. SMU turned the ball over 16 times, allowing Boise State to attack them in transition.

Ben Moore had 19 points and 14 rebounds, both team-hights. Semi Ojeleye also contributed with 15 points, but no other Mustang scored in double digits. Chandler Hutchinson led the way for Boise State, tallying 21 points and seven rebounds. Tim Jankovich leaned on his starters heavily tonight, playing them each more than 30 minutes, while Harry Froling lead bench players with just 13.

After two road losses, SMU starts a six-game homestand that starts on Friday against CSU Bakersfield.