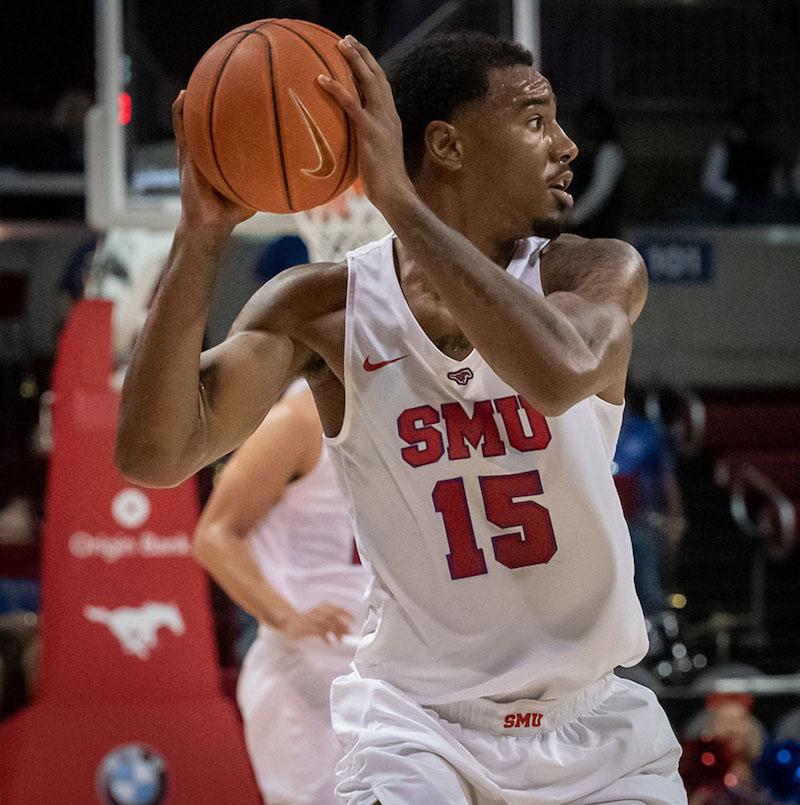 SMU Men’s Basketball is off to a hot start this season. The undefeated team topped Northwestern State 77-51 Tuesday night in Moody Coliseum.

Although junior Ethan Chargois is still out with an ankle injury, the squad this season is filled with tons of weapons that get the job done. Everett Ray started for the Mustangs in Chargois’ absence.

Kendric Davis opened up the game for SMU with a jump shot in the first second of the match. The team took a commanding lead in the first half, ending with a 7-point run putting them up by 18 points at half time. Northwestern State did not help themselves in the first half by turning the ball over 10 times and only completing 6 of their 24 field goal attempts. SMU also snagged 9 more rebounds than the Demons.

Highlights on the Hilltop ⤵️

In the second half, the Mustangs put down the hammer scoring 42 points and maintaining a dominating lead for the remainder of the game.

Leading the scoring for the team with 16 points was Isiaha Mike, who also had six rebounds, three steals, and a block. Ray recorded a career high of 14 points and tallied seven rebounds. He made his first 3-pointer of the season in the second half. Also scoring a career high in points, was sophomore CJ White. White contributed 11 points in the first half and 4 in the second for a total of 15 points. His field goal shooting was also perfect in the first half.

So far this season, the Mustangs have been unstoppable. They will face off against Georgetown in Moody Coliseum on Saturday. Tip-off is set for 8:30 p.m. CT and the game will be televised on ESPNU.