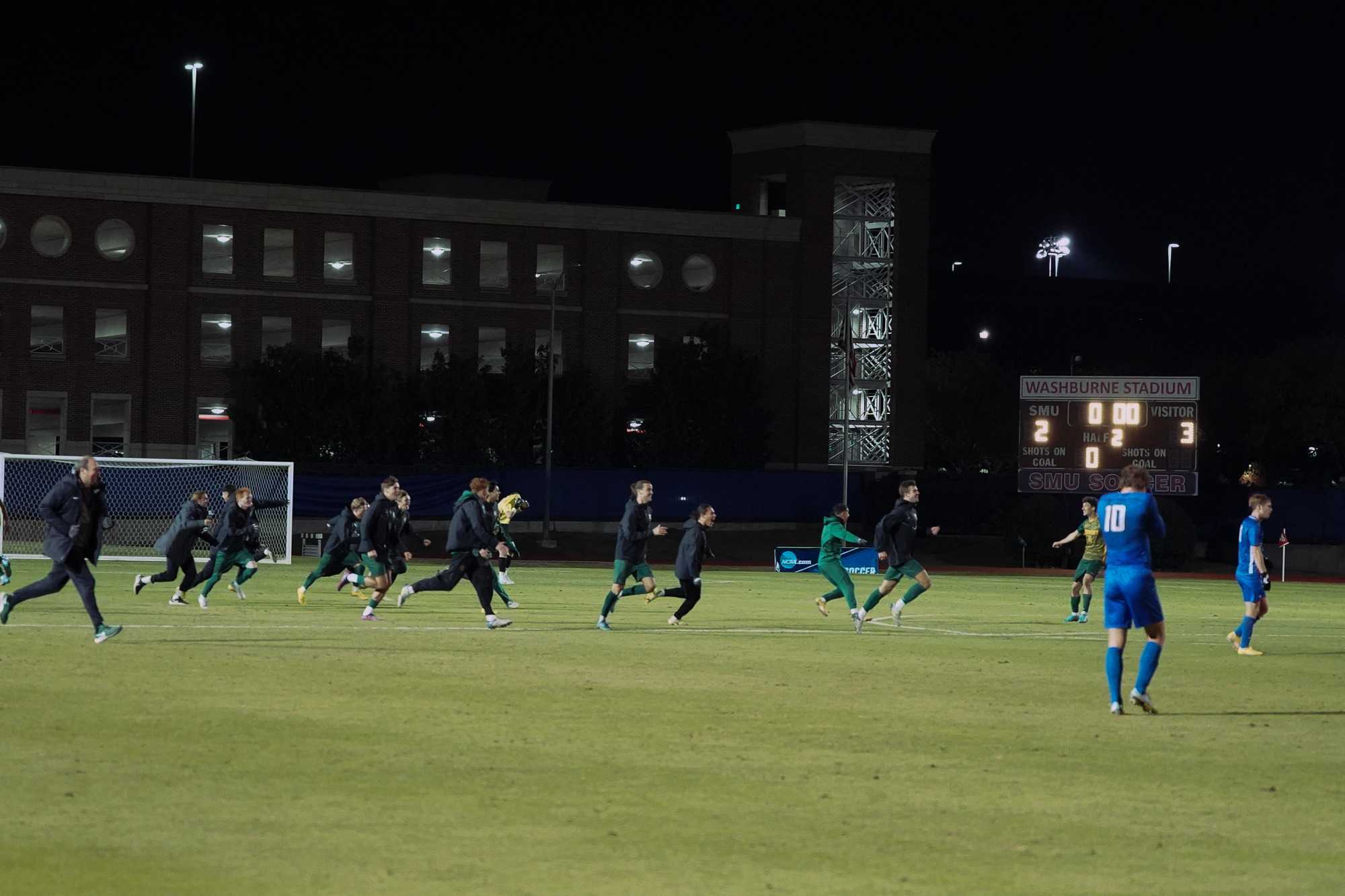 DALLAS, TEXAS – Three unanswered goals from Vermont within the final 26 minutes of the game eliminated SMU from the NCAA Men’s Soccer Championship on Sunday.

The 11th-seeded SMU had been undefeated at home for nine games straight – spanning the entire season – but they couldn’t keep the streak alive when it mattered the most against Vermont.

The Mustangs started off on the front foot, with an early goal just five minutes into the game. Midfielder Knut Ahlander intercepted the ball in midfield and sent it wide for winger Alexander Petraeus, who slotted the ball into the bottom left corner.

They doubled their lead in the 31st minute, as forward Bailey Sparks eluded several defenders to score off a ball from Petraeus.

Forward Max Murray gave them life in the 64th minute with Vermont’s first goal, then added his second in the 79th minute after a scramble inside the penalty box. SMU couldn’t keep their hold on the game as they continued struggling to create offensive chances while allowing Vermont to control most of the possession.

With four minutes left to play, Vermont substitute defender Garrett Lillie scored an impressive volley off a cross from midfielder Alex Nagy, sending shockwaves through the stadium with the game-winning goal.

Three yellow cards were issued in the final minutes as referee Daniel Radford struggled to contain a game that proved to be feisty and aggressive from the beginning. The referee team left the field to a chorus of boos from the spirited SMU-dominated crowd, who felt that fouls and injury stoppages were handled in favor of the visitors.

SMU came in as the favorites following their first-round bye, against an unranked Vermont team who had just played an overtime game three days earlier. However, it was Vermont who looked the more lively and energetic, as SMU’s sluggish second half performance proved detrimental. A win would have sent SMU to the next round to host UCLA; instead, that honor now goes to Vermont, who reach the Round of 16 for the first time since 1989.

For SMU, they are left to search for answers after a promising season that ended with bitter disappointments. After leading the AAC standings for much of the season, two late-season losses to Charlotte and FAU meant SMU finished second in the regular season standings. In the AAC tournament semifinals, they lost to lower-seeded USF on a penalty kick goal. And now, on the biggest stage of the year, the #11 seed in the country failed to win a single game in the national tournament.

Looking forward, there is reason to be optimistic as SMU retains much of this year’s talented squad that compiled an impressive 10-6-1 overall record. Nine of last night’s eleven starters should be returning including winger Alexander Petraeus (AAC Rookie of the Year and All-Conference 2nd Team), defender Mads Westergren (AAC 1st Team), and midfielder JP Jordan (AAC 2nd Team).