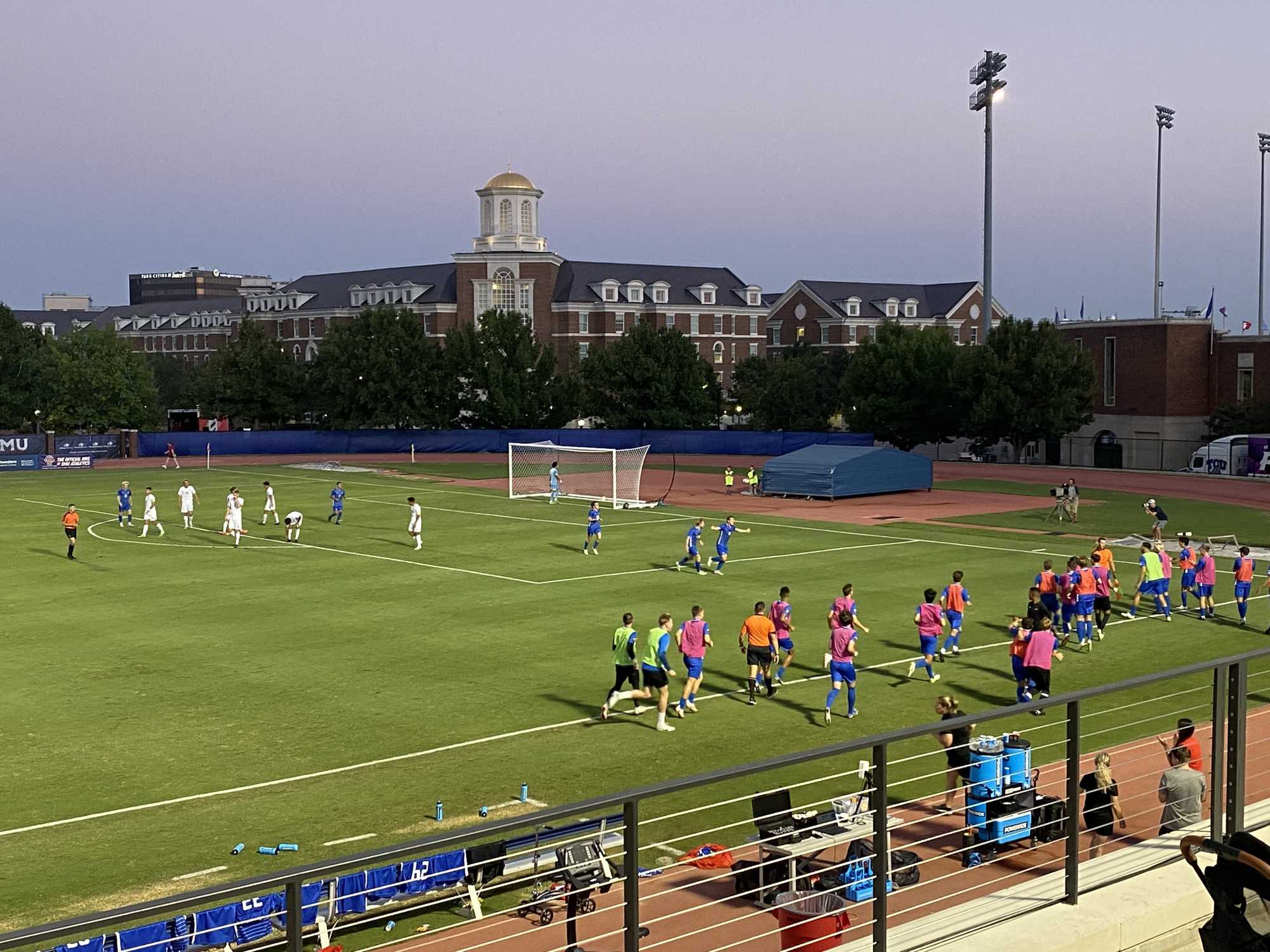 DALLAS, TEXAS – It was a night to remember for SMU Men’s Soccer as Knut Ahlander, Jose Ortiz, Alexander Petraeus, and Fredrik Skilberg all scored goals en route to a 6-4 home victory against Florida International University, in front of over 1,000 fans.

“It was crazy, but a lot of beautiful goals [were scored],” Ahlander said. “We really needed this win after losing last game.”

Indeed, coming into the game on a two-game goalless drought, the Mustangs responded emphatically with six goals, four of which came in the first half. The win brings SMU to a 5-2-1 overall record this season, remaining undefeated at home.

The gates flew open from the start as Petraeus made several dangerous runs down the right flank within the first five minutes, giving way to a goal just four minutes in. The freshman winger eluded the FIU defense with a swerving run, unleashing a shot from the edge of the 18-yard box and striking the inside of the left post.

FIU responded 10 minutes later with a headed goal off of a free kick, but Ahlander quickly put SMU back in front with a mid-range shot in the 21st minute. Just three minutes later, defender Nikola Djordjevic made a strong run down the right wing, resulting in a tap-in goal from Ortiz.

The junior forward didn’t stop there, however. With ten minutes remaining in the first half, he wowed the crowd with a spectacular bicycle kick, giving the Mustangs a three-goal lead heading into the break.

SMU started the second half strong, but FIU ensured the celebrations didn’t start early. Their relentless attack caused several dangerous opportunities, capitalizing in the 57th and 63rd minutes to suddenly bring the game within one.

Their hopes didn’t last too long, though, as Djordjevic made another fantastic run across the field, laying the ball off for freshman forward Fredrik Skilberg, who calmly rounded a defender and curled the ball into the top right corner.

The fast-paced, eventful game continued with several good opportunities from both teams, before Ahlander put the game to bed in the 79th minute, scoring his second goal of the game. The captain-midfielder caught the FIU goalkeeper off guard, striking the ball from some 40 yards out, making the score line 6-3.

Are you not entertained?!

Ahlander puts an exclamation point on this one! pic.twitter.com/P9QQC3cdoG

FIU would score one more goal, but it was too late for a comeback attempt.

As the starting striker for the team, Ortiz remarks that “it’s always good to score, that’s my job, but most importantly helping the team win in any way I can.”

Tonight, the Mustangs showed excellent team chemistry as they executed countless well-constructed attacks, and displayed an organized and disciplined midfield anchored by a solid performance from sophomore JP Jordan.

Men’s soccer now looks to this Friday, as they host Temple University, hoping to continue their ascent in the AAC standings.