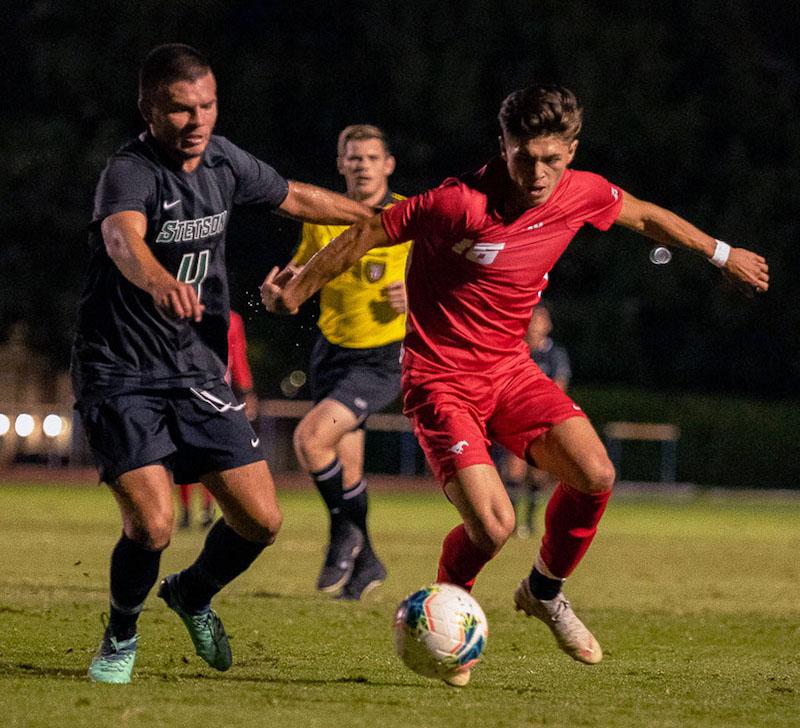 After their first loss of the season on Friday night to Memphis, with a sudden death overtime goal, the team was looking to come out strong in its Tuesday night matchup, and that’s exactly what they did.

The Mustangs took an early lead with a penalty kick goal by Gabriel Costa in only the second minute of the match. Less than ten minutes later, it was AAC Weekly Honor Roll’s Eddie Munjoma who put one past the Hatter’s keeper Lute Lillo-Portero to give SMU the 2-0 lead. That was one of two goals Munjoma tallied for the Mustangs in the game. Knut Ahlander and Brandon Twerge also scored for the team during the first half.

The Men’s Soccer Team is ranked 12th in the latest United Soccer Coaches Poll, which was released Tuesday.

The Mustangs are heading to Cincinnati to face off against their AAC opponent on Saturday at 6 p.m.