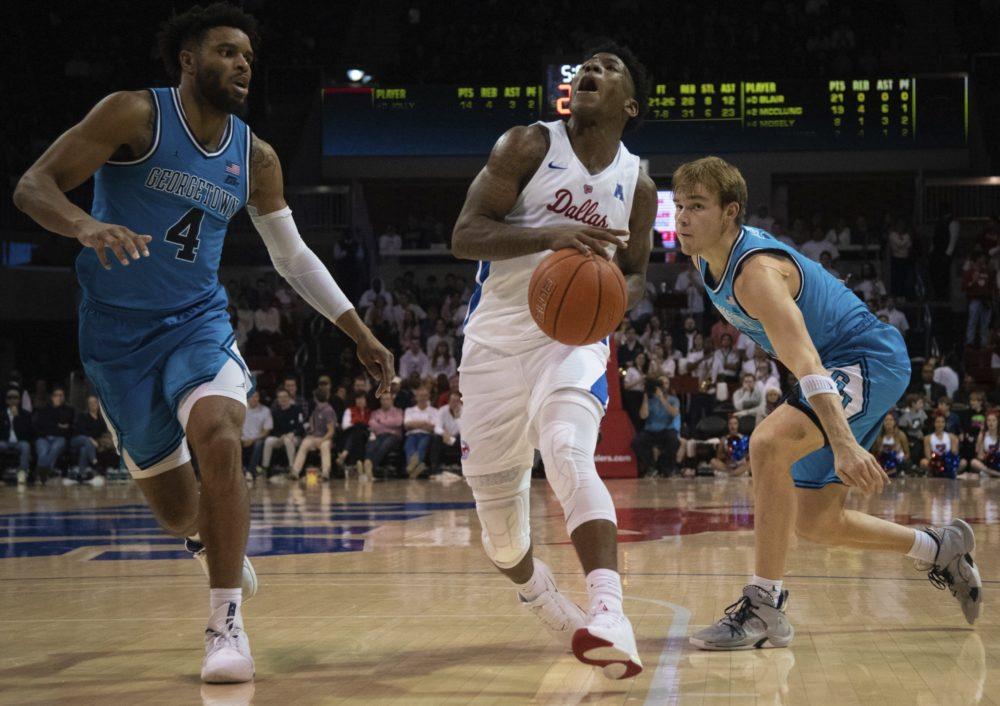 SMU men’s basketball will add Arizona State to its nonconference schedule this season, per the team’s announcement on Twitter. The matchup will be part of a home-and-home series that will have SMU travel to Tempe this November and the Sun Devils come to Dallas in 2021.

This all comes at a time when SMU has struggled to boost its strength of schedule in nonconference games. According to Kenpom.com, SMU played one of the easiest nonconference schedules in the country in 2019-20, coming in at No. 317 out of 353 Division I teams.

Arizona State finished the season unranked in both the AP Poll and the Coaches Poll, but was seated at No. 63 in the final Kenpom.com rankings in 2019. That still places the Sun Devils higher than any nonconference opponent SMU faced all of last year. The Bobby Hurley led program is expected to start the 2020-21 campaign in the Top 25.

“We are excited to announce a home-and-home series with Arizona State,” Tim Jankovich said in a press release this morning. “The Sun Devils… will help us prepare for the always-challenging AAC season.”

Two weeks ago, SMU added Dayton in a similar home-and-home format. SMU will travel to play the Flyers this season and have the return game at Moody Coliseum on 2021. The Flyers, on paper, are a bigger pickup for SMU’s strength of schedule prospects. Dayton finished No. 5 in the final AP Poll in the 2019-20 season. That being said, the Flyers graduated their most acclaimed player maker Obi Toppin and it is unknown how highly touted the program will be next season.

Right now, SMU’s home schedule in the nonconference is headlined by Georgia, UNLV, Vanderbilt and Evansville. North Florida was a late addition to the slate, as the Osprey finished No. 166 in the Kenpom rankings last year. On the road, SMU holds on to Arizona State and Dayton as its main calling cards.

To put last season in perspective, of the 12 nonconference games SMU played, only two were ranked in the top 100 in the nation. Georgetown, one of those two, is not on the schedule for 2020-21 as the home-and-home series between the two programs expired when the Hoyas came to Dallas this winter. The average rank of SMU’s opponents was No. 209 in the country, according to Kenpom.