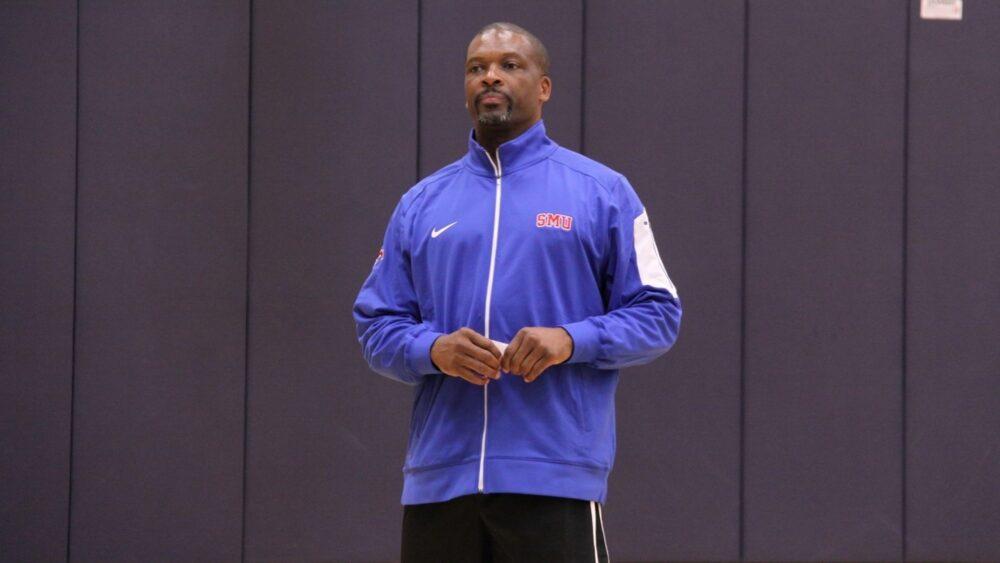 UNIVERSITY PARK, Texas — Travis Mays will no longer be the head coach of SMU women’s basketball, as was announced by athletic director Rick Hart late this evening.

“I have made the decision not to renew Coach Travis Mays’ contract,” Hart said in a prepared statement. “During his tenure, our program made strides in several key areas; however, at the end of the day, the on-court record of our teams did not reach the level of success we hoped for our program. We are grateful to Coach Mays for his commitment to SMU women’s basketball and we wish him and his family the very best.”

Mays, who has coached at SMU since 2016, was the subject of multiple lawsuits and allegations in the last two seasons that have come to define his tenure.

Last year, former player Dai’ja Thomas filed a lawsuit accusing Mays of fostering an “abusive culture.” She also alleged she was “pressured to play” while having a knee injury, which ultimately led to her dismissal from the team.

Months earlier, in January of 2020, another former player, Klara Bradshaw, came out with similar allegations. Bradshaw claimed Mays said in a practice, “if you are not going to compete, you might as well kill yourself.”

Mays was 58-50 in his five seasons with SMU. However, in the last two seasons the winning percentage has dropped significantly.

The performance on the court, however, has been overshadowed by the off the court issues within the program.

In recent months, multiple high profile players have left the program and been vocal about their reasons for leaving.

Johnasia Cash, the team’s leading scorer in 2020, transferred to Penn State over the summer. She said in an interview while at Penn State that Mays did not support her efforts to be vocal in the Black Lives Matter Movement. She further contested that SMU as a whole did not support student-athletes as they returned in the summer with COVID-19.

“He never said, ‘I don’t want you to be involved.’ But in shorter words he said that,” Cash said of Mays. “I didn’t appreciate that. I didn’t respect that as he was [an African American] coach.”

And, just weeks ago, the team’s leading scorer from this season, freshman Rhyle McKinney, announced she would also be leaving the program.

“Although we did not achieve the level of on-court success we envisioned, I am extremely proud of our student-athletes’ success in the classroom and as citizens of this campus,” Mays said in a statement.

“I am indebted to the talented and dedicated staff who worked hard each day to make our program and its student-athletes successful. We were proud to represent this university and will always be grateful for our time on the Hilltop,” Mays said.

More Reading on This Topic:

From The Daily Campus archives: