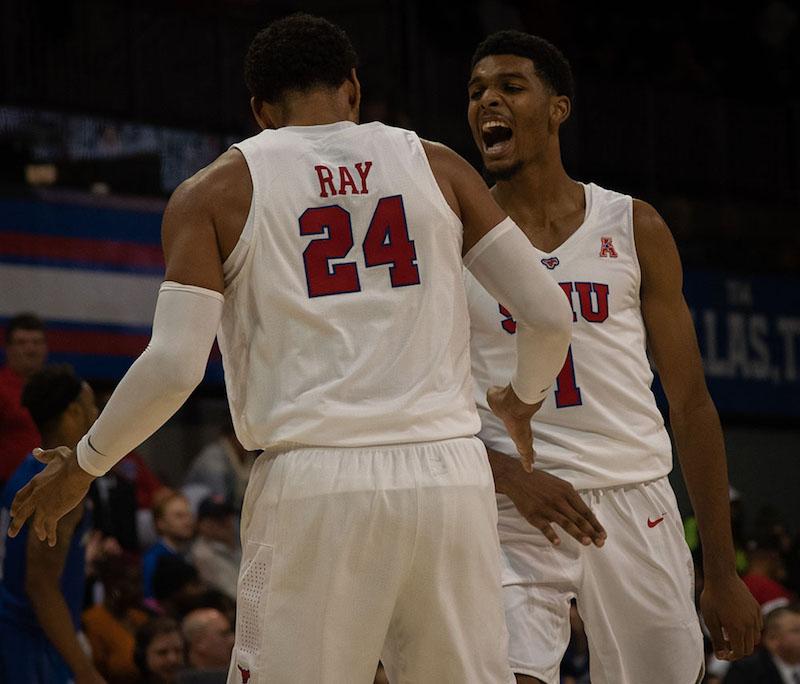 To the tune of a 34-3 record, the Tim Jankovich era has been marked by nothing short of dominance during non-conference games inside Moody Coliseum. While the 80-63 win over Jackson State may not have been as easy as the final score would indicate, the Mustangs officially closed the chapter on the first home stand of the season with a blemish free record.

Jackson State may have come into the game with a zero next to its name in the win column, but the Tigers played with the confidence of a team ready to compete. Powered by the standout junior Tristan Jarrett, Jackson State repeatedly made things closer than SMU would have preferred. Jarrett, on his way to a 23-point evening on 22 shot attempts, catalysed a pair of runs in the first and second half to cut the SMU lead inside of five points three times.

SMU weathered the storm on those Tiger runs and seemed to finally separate when Jackson State ran out of gas on the offensive side of the ball. For the first time all season, it was the three-point ball that made the difference in the game. With a combined nine three-pointers, SMU used the final ten minutes to pull away from Jackson State who had cut the lead to six with just over ten minutes to play. Tyson Jolly, who had ten points in the final eight minutes alone, closed the door on a scrappy Tiger team with a two-handed flush that rallied the crowd.

“If you just look at the numbers afterwards (you would say) ‘wow, we played great offensively. Maybe a few too many turnovers.’ But, I just felt like from an offensive standpoint we were just unbelievably sloppy,” Tim Jankovich said of the performance. “I did not recognize a lot of what was going on from our practice to there.”

The Mustangs showed flashes of being a cohesive offensive unit. With Jackson State playing up in the passing lanes and jumping at every break away opportunity, the Mustangs were able to find lanes to the basket and look for open shooters with relative ease on the night. Although tallying 19 turnovers, the offense overcame the sloppy play with 50 percent three-point shooting and going 92 percent from the line. The Mustangs generated 25 points from the stripe compared to just seven for the visitors.

On an evening that was up and down for SMU, Isiaha Mike emerged as the leader once again, both on and off the court. With a game high 24 points, Mike was also a calming presence on the floor for a relatively new squad and a roster still in flux. He was also the model of efficiency, only missing one shot on the night. Six of seven from the field, three of three from deep and nine of nine at the free throw line, Tim Jankovich sounded off on his junior after the game.

“That was about as good a stat line as you will ever see. My gosh, what did he miss like one shot? 24 points, seven assists, eight rebounds, that is as good of a line as you can have,” Jankovich said. “It is not just that, it is his approach. I am so proud of him.”

There were only two Mustangs in double figures, Jolly and Mike, but four more were knocking at the door. Ethan Chargois, Feron Hunt, Emmanuel Bandoumel and Everett Ray all were just a bucket away from hitting ten points or more.

SMU moves to 3-0 on the season and will be on the road for the first time against Evansville on Monday.