“S-M-U! LET’S GO BLUE,” echoed through the gym as the cheer squad performed their 45-second game day routine. The SMU cheerleading and pom squads held their Nationals Showoff in the Dedman Center for Lifetime Sports Monday.

The cheer team will perform their game day routine in the preliminary round Thursday, in the Intermediate Coed 1 division. Their competition routine for Friday’s final features high-level stunts and tumbling passes. 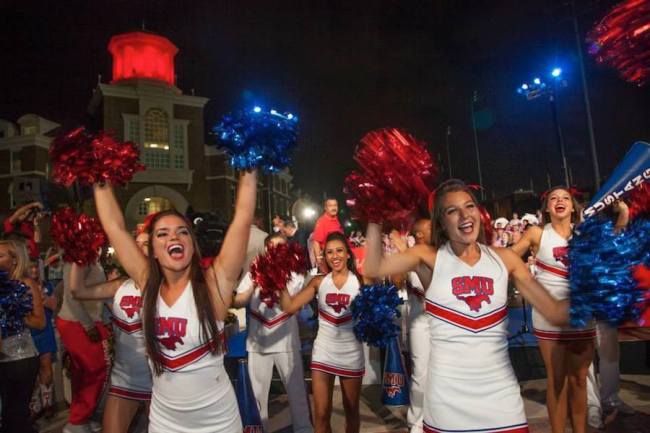 “It’s a lot of hard work to get everyone on the same page, especially when people haven’t cheered before, but we always end up pulling through. We just work really hard and work together,” cheer team captain, Janie Pascoe, said.

The pom squad will compete in the Open Division 1A, beginning Thursday. They’ve worked hard all year and feel that they are going into the competition well prepared to compete against other schools.

“Other teams are going to be very competitive. They’ve been working hard just like we have, so really we’re just going there trying to focus on ourselves and bring our best game, and hope it’s enough to compete with everyone else,” pom captain, Ivy Deibel, said. 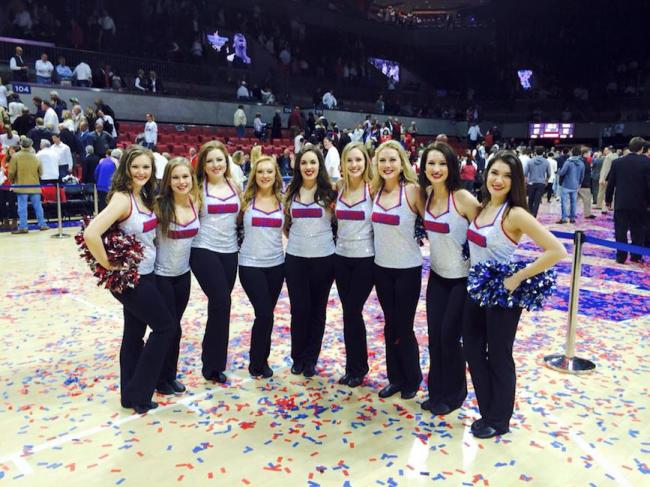 This will be the second appearance by the pom squad at the NDA nationals in four years. In 2014 the team made it through the preliminary round to the finals.

“This year we’re just trying step it up from there,” Deibel said.