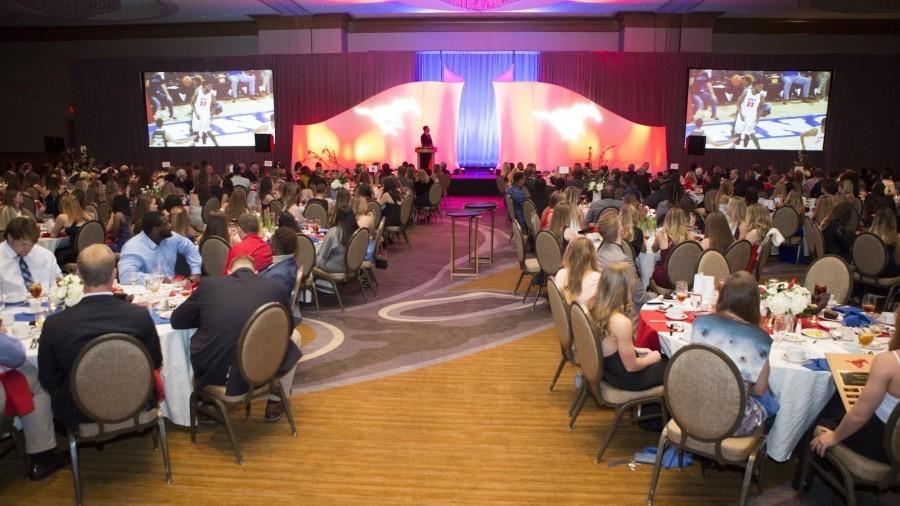 To conclude the year in Mustang athletics, SMU and the Lettermen’s Association and Student Athlete Advisory Committee hosts the annual Pony Awards to honor exceptional student athletes for their accomplishments. Both individual athletes and teams are recognized. Nominated by the athletics staff, head coaches and academic support staff, the winners are chosen by the senior administrative athletics staff.

The S.P.I.R.I.T. award, given by the Athletic Director, is considered the most prominent and respected award of the ceremony. It is given to a male and female athlete “who are an inspiration to others, giving unselfishly of their time and talents for the betterment of the team and who epitomize the values of service, passion, integrity, respect, innovation and teamwork,” according to SMU Athletics.

This year cross-country and track and field’s Holly Archer and football’s Courtland Sutton won the award. Archer led the women’s team to the American Athletic Conference championship and earned all-conference honors for her fourth consecutive year. Sutton was named to the AAC All-American First Team and the Bilitnekoff Award Watch List.

The Newcomer of the Year Award is earned by athletes whose presence was crucial to their team’s success within their first year on the team. This year, it was given to junior transfer Jonathan Gomez from the men’s swimming and diving team and freshman Kendall Patterson from the volleyball team. Patterson was named volleyball Freshman of the Year in the AAC. Gomez qualified for the NCAA championships and was named AAC Swimmer of the Year.;

The Fellowship of Christian Athletes presented their Faithful Service Award to Justin Bertelsman of men’s swimming and diving and Gel Greene of the rowing team.

Men’s golf’s Ben Baxter and women’s basketball’s Morgan Bolton received the Red and Blue Award for their passion and dedication to SMU Athletics.

Men’s soccer’s Abdul Yassine and track and field’s Anna Novosadova earned the Perseverance Award for maintaining their academic standing while overcoming a personal or medical obstacle.

Other individual awards were given as well. The Sportsmanship Award was given to Agnes Sjostrom of the track and field team and Ben Moore of the men’s basketball team. Bryce Klein of the men’s swimming and diving team received the Student Athlete Choice Award, as selected by his peers. The Academic Momentum Award was given to Darrion Millines of the football team for his persistence for success in the classroom and on the field.

Overall, the women’s swimming and diving team and the men’s soccer team recorded the highest GPA out of all the male and female teams. The men’s basketball team had the most-improved GPA.