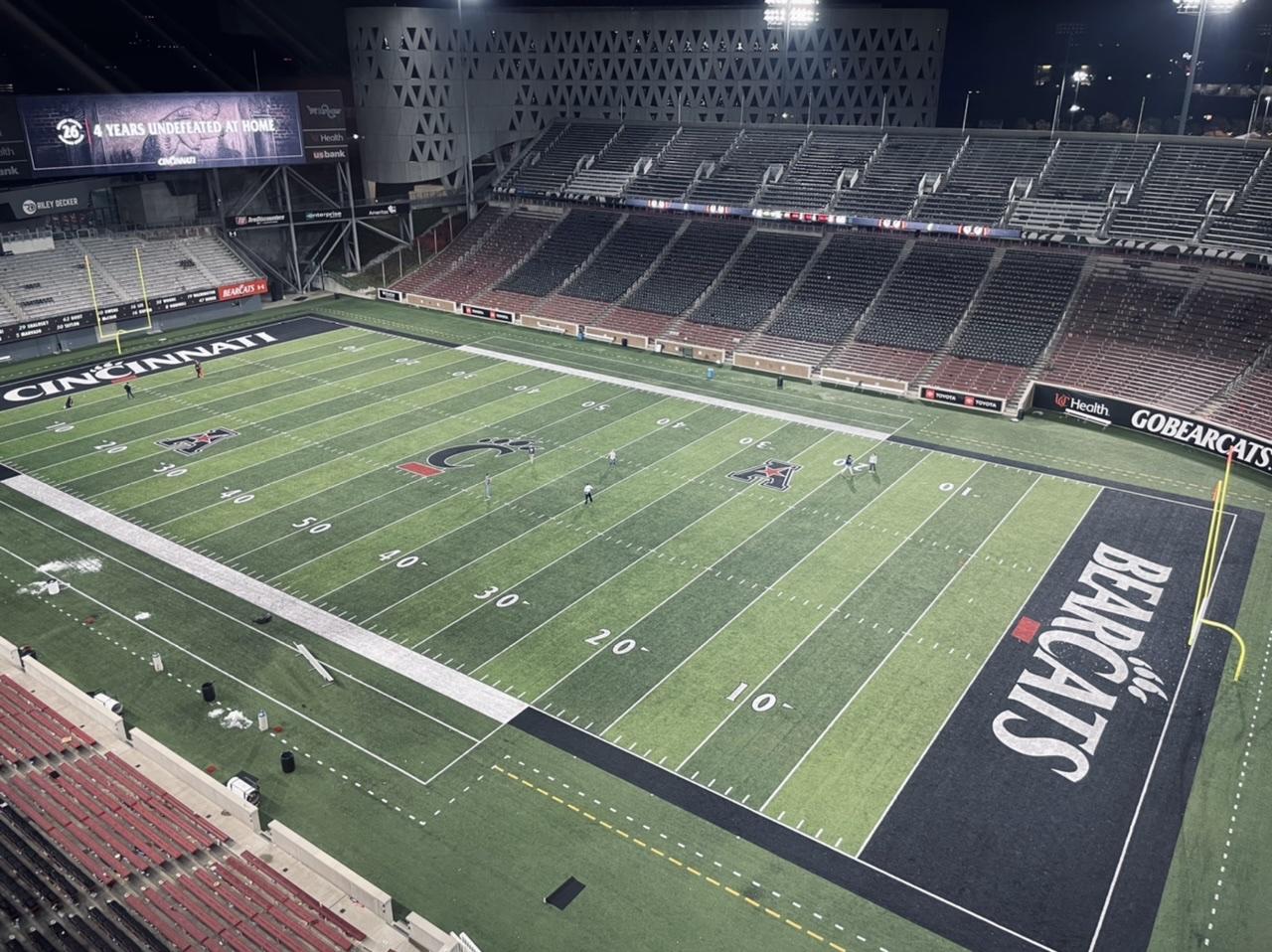 CINCINNATI, Ohio – Nobody expected an easy win – but SMU’s 48-14 loss to Cincinnati in their final regular away game of the season seemed all but guaranteed by the middle of the second quarter.

True, the Mustangs were up against a #3 team that was riding high on the energy of a stadium flooded with black and red. It was also a senior day. And, of course, the undefeated Bearcats are secure in their present prowess and future prospects as part of the Big 12.

Yet SMU did little to right the balance. The Mustangs’ final two touchdowns only came in the last 10 minutes of the fourth quarter. At no point prior did quarterback Tanner Mordecai make it past the 22-yard-line. Where Cincinnati racked up 295 passing yards, Mordecai only garnered 66 total yards for the Mustangs.

By nearly all metrics, it was the the team’s worst showing in years.

“They didn’t do anything we hadn’t seen or anything that was sneaky, it was just executed a lot better than we did.” Dykes said.“They look like a top three team. Like a college playoff team, and they certainly made a statement tonight. ”

Tonight’s loss also dashes SMU’s hopes for an invitation to a major bowl game. As an unranked and now 8-3 team, the prospects for a bowl invitation beyond the likes of the Frisco Tropical Smoothie Bowl are slim.

“They took us to the woodshed tonight. We’ve got to regroup and get ready for next year,” Dykes said. “We played a better opponent. For us to have won tonight, we were going to have to play at a very, very high level, and certainly we didn’t.”