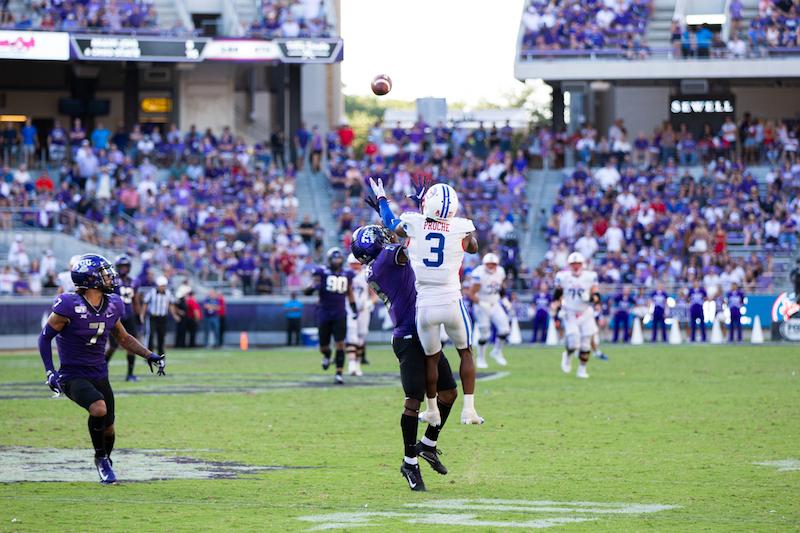 TCU announced today that it is rescheduling the game against SMU on Sept. 11 because of positive coronavirus tests from players on the team.

SMU Athletic Director Rick Hart tweeted the team is disappointed to not be playing in the rivalry game next week.

“Our student-athletes, coaches and fans were looking forward to the 100th edition of the Iron Skillet Rivalry,” Hart said in a statement.

We are disappointed to learn that our game with TCU will not be played next week as scheduled. Our student-athletes, coaches and fans were looking forward to the 100th edition of the Iron Skillet Rivalry. We are excited to start the season tomorrow at Texas State. #PonyUp

In a statement issued today, TCU athletic director Jeremiah Donati said that the decision comes after discovering that a number of players and support staff had tested positive. Both teams look “to monitor dates throughout the season to potentially make up the game.”

Last season, SMU reclaimed the Iron Skillet after a seven-year losing streak with a 41-38 victory over the Horned Frogs in Fort Worth.

SMU opens its season tomorrow in San Marcos against the Texas State Bobcats at 3:30 p.m. on ESPN.