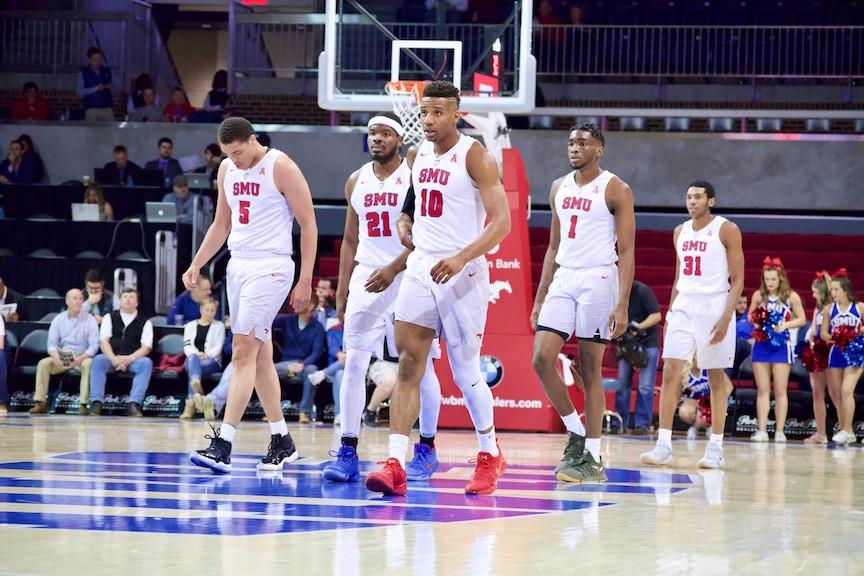 SMU disposed of Boise State 86-63 at home Monday night and the Mustangs added a key player to their rotation.

Jahmal McMurray made his SMU debut after transferring to the Hilltop from South Florida. The explosive guard impressed, scoring 16 points in his first game in 365 days.

McMurray’s first shot was a contested three-ball, but there was no question in his mind that it was falling.

“I knew my first shot was going in,” McMurray said. “I’ve been telling everybody since day one. When I play, that first shot’s going in.”

With McMurray in the lineup, SMU’s bench gets a much-needed injection of offense. The Mustang bench scored just one point against USC and three points against TCU. Tim Jankovich believes McMurray’s skillet will give his offense a big boost.

“Whenever you throw a guy on the floor that can dribble, pass and shoot, and do it really well, and be pretty fast about it, the better you are,” Jankovich said. “Offensively, I think we just maybe took one more step tonight.”

McMurray is not the only transfer that blossomed Monday night. Jimmy Whitt had another impressive performance, scoring 16 points on 8-9 shooting. He has made 37 of his last 49 shots.

Whitt was also tasked with guarding Chandler Hutchinson, an NBA prospect who torched SMU for 21 points in last season’s matchup with the Broncos. Hutchinson scored 18 points Tuesday night, but Whitt made his night tough with pesky defense.

“I just wanted to get out there and slow him down,” Whitt said. “A great player like that who can get to the basket and get to the free throw line, you just want to do your best.”

Beyond Whitt, SMU defended extraordinarily as a team. The Mustangs held Boise State to 37.7 percent shooting and forced 11 turnovers.

“Our guys made up their mind, they were gonna play great defensively, and they did,” Jankovich said.

Boise State went to a zone defense early against SMU, but the Mustangs were able to beat it with smart cuts, timely passing and accurate shooting. SMU assisted on 21 of its 33 buckets.

Ethan Chargois continued his outstanding freshman with another big game. He scored 16 points and grabbed seven rebounds, topping off his night with tomahawk dunk.

The win is SMU’s 30th-straight at Moody Coliseum.

The team has a quick turnaround, as its next game is Tuesday night against Cal Poly, also at Moody Coliseum.