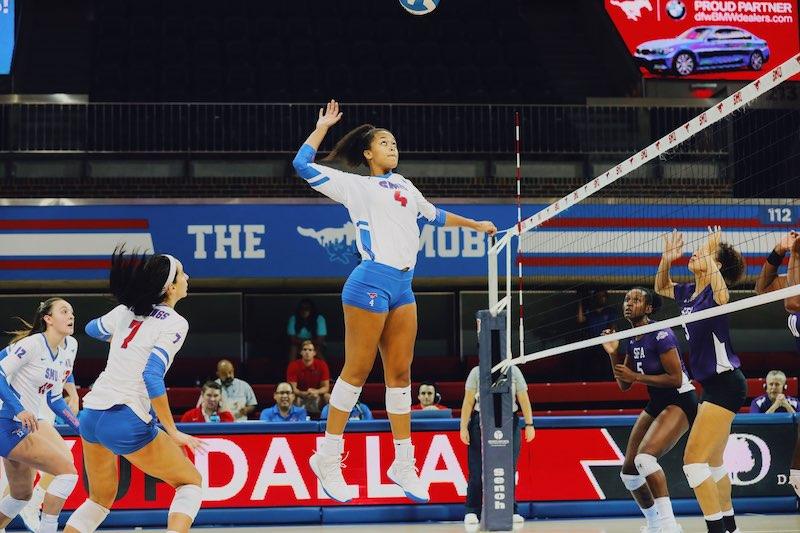 The spring sport athletes were the ones most immediately affected when the COVID-19 pandemic started to pick up momentum in the United States. However, as the pandemic continues into the pre-summer months, fall sport athletes are beginning to question whether their season will be affected or canceled altogether.

All athletic competition and championships have been canceled for the remainder of the academic year.

In addition, all American institutions have ceased practicing. pic.twitter.com/Yq2m6YX57x

Kaylyn Winkler plays middle for SMU’s volleyball team. After transferring and using the 2019 season as a year to learn the ropes at SMU, Winkler is ready to compete this fall. Like the spring athletes who had their seasons canceled, she said she would be disappointed if her upcoming season is affected.

“First of all, I’d totally understand it,” Winkler said. “Second of all, if we did have a season it wouldn’t be the same.”

Winkler said there has been discussion in the American Athletic Conference about budget cuts. She said if this were to happen, their season would look drastically different — even to the point of preseason being canceled altogether.

“I think if we do have a season, it’ll be shorter,” Winkler said. “We will probably just play local teams and fans won’t be allowed.”

Despite COVID-19, Winkler said she is hopeful for a chance at a season this fall. However, she is more concerned about the budget cuts rather than if the season will happen because of how much it would alter the experience. If budget cuts were to happen, the team would have a lack of funds for travel expenses and many of their games could be canceled.

While Winkler is better prepared for how COVID-19 could potentially affect her season, she relates to the spring athlete’s struggles adjusting to life at home. She said it is difficult to stay motivated about school with the loss of her routine on campus.

“It’s been hard,” Winkler said. “It’s been an adjustment, especially since I’m so used to having personal space and being able to be quiet and focus.”

“We had a sudden adjustment to the way that we live our lives,” Sparks said. “People don’t realize how much we workout and how much we eat. It’s all geared around what we do and then all of a sudden it’s just over. It’s kind of the worst.”

Winkler said she is trying to be hopeful as she waits to see how long it will take for life to return to normal, and she can be back on the court with her team.

“I love putting time and effort into volleyball,” Winkler said. “It is a big part of my life and it’s really weird now because I can’t play.”