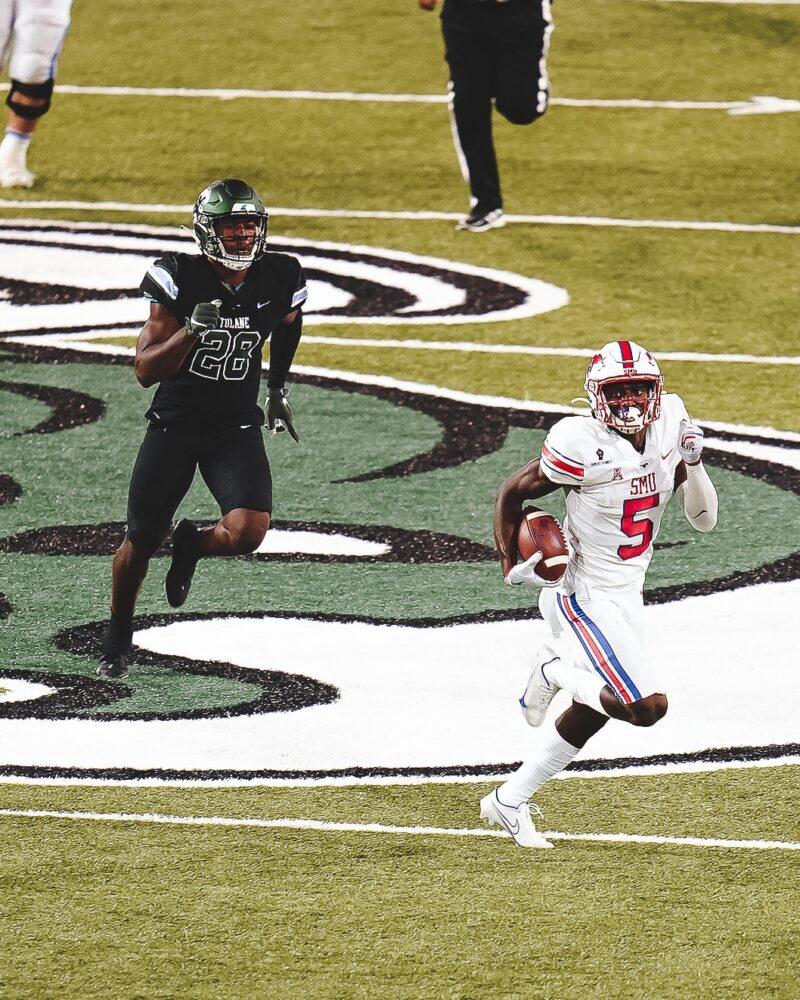 Chris Naggar did it again.

After delivering a game-winning field goal in University Park earlier this month, the senior kicker produced another clutch field goal in New Orleans against Tulane. SMU edged out Tulane in overtime, 37-34.

Brandon Crossley was another huge factor in overtime as he causing an interception on 3rd-and-16 to set up the game-winning field goal.

For SMU, the passing attack played a key role. Shane Buechele had 384 passing yards, on 10.4 yards per pass. Tyler Page, Rashee Rice, and Danny Gray all had over 100 receiving yards each in the absence of star receiver Reggie Robinson.

The game started off slowly for SMU. T.Q Jackson fumbled the ball off of a punt return, giving the Green Wave a prime opportunity to score first.

It was the first time all season SMU was down in the first quarter. Through the past 4 games, SMU has outscored opponents in the first 60-3, but this time the Mustangs were the ones in a hole.

Gray picked up the pace for the Mustangs offense by way of a big reception from Buechele, who threw seven passes for over 20 yards in the first half alone. Gray had another big reception later in the quarter, leading to a field goal from Naggar.

Tulane’s rushing game was held to one yard in the first quarter, but slowly began to click through smart plays by freshman quarterback Michael Pratt. Pratt had a rushing touchdown in the second quarter. The Green Waves’ running game went for over 80 yards in the second which helped even the score at 17. The first half had over three lead changes in a back and forth battle.

Tulane’s Stephon Hunderson led the way in the third, with a 22-yard rushing touchdown. SMU quickly responded on the next drive with a trick play. It was the longest play of the night for the visitors. This led to a rushing touchdown from Bentley IV, who had a 94-yard night after not playing well two weeks ago.

In the fourth, with Tulane on its heels on 3rd and 39, QB Pratt connected with Deuce Watts for a 42-yard bomb. The play after, Pratt took it himself into the end zone for his third rushing TD.

Late in the game, the outcome was left in the hands of the special teams.

With less than two minutes to spare in the fourth, Naggar attempted a 50-yard field goal which hit the pole and slipped right.

A costly penalty put Tulane out of field goal range in the next drive, and the game went into overtime.

SMU advanced to 2-0 in the conference and 5-0 on the season, the first time since 1982 the team has been 5-0 in consecutive seasons.