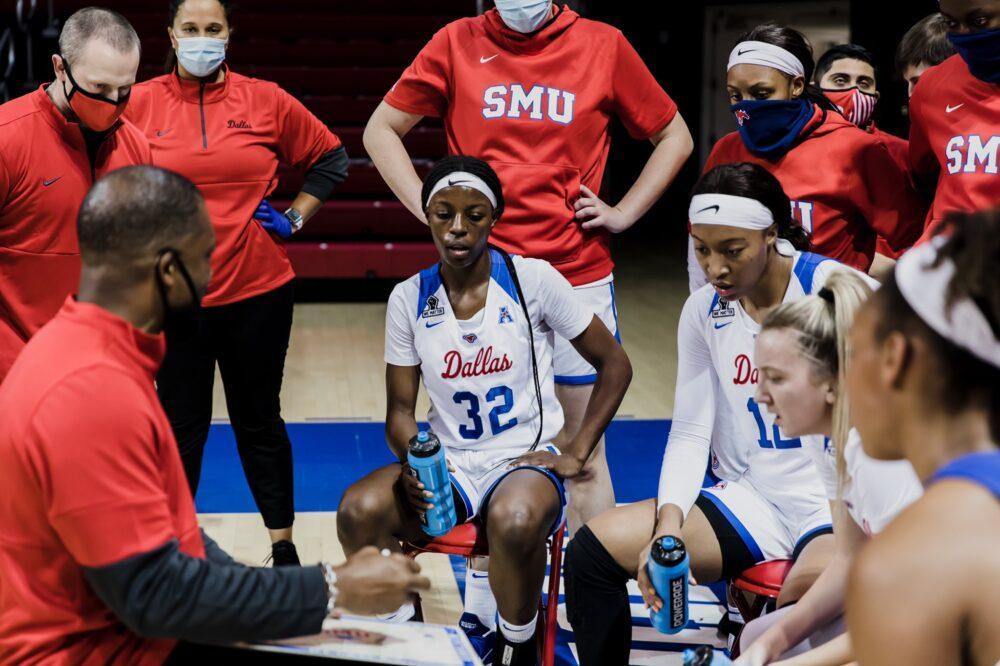 The SMU women’s basketball team decided to cancel the remainder of its season today, according to a press release sent out by SMU Athletics.

The administration cited concerns surrounding COVID-19 as the reason for the cancellation just six games into the season.

SMU stood at 0-6 and had a game slated tomorrow at home against Temple.

“This was not a decision our student-athletes took lightly,” SMU Athletic Director Rick Hart said in a prepared statement.

“It was a difficult decision for them to make. That said, we support them, as we have supported the choices of our student-athletes in all sports whether they have elected to compete or to opt out,” he said.

“Our priority is their health, safety and wellbeing. We look forward to our women’s basketball program resuming competition in 2021-22,” Hart said.

The @SMUSwimDiveM @SMUSwimDiveW Senior Night meet against #TexasAM is minutes from starting at the Robinson and Lindsey Aquatics Center. The pre-meet #senior recognition ceremony is packed with the athletes family and friends standing by to celebrate their accomplishments.