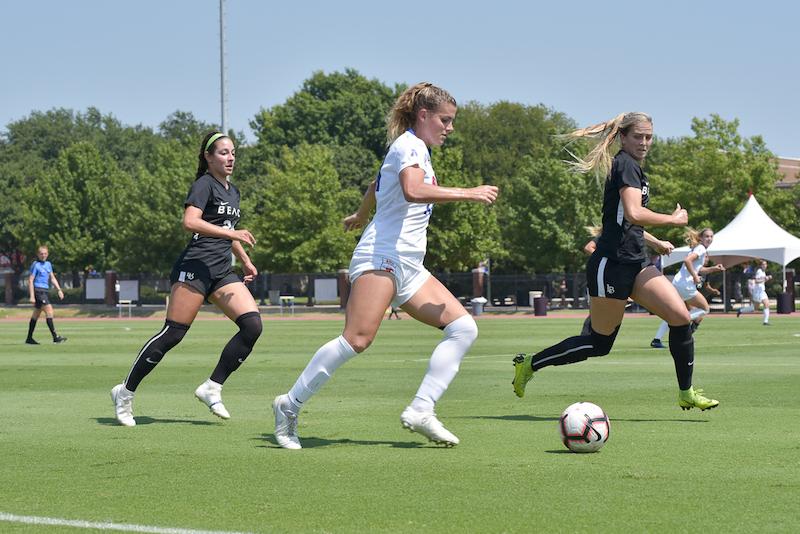 Underscoring one of the more important off-seasons for SMU women’s soccer in recent years, the program officially announced new roster additions this week. Nine new players, including two transfers, will be added to a team that has a plethora of unknowns heading into the 2020 campaign.

As the traditional spring exhibition series was wiped off the slate for SMU amid the Coronavirus, the announcement brought back some of the undercurrents of the big spring that head coach Chris Petrucelli was looking for. SMU replaces, in Petrucelli’s words, one of the more important senior classes during his time in Dallas. A group that brought SMU from a meddling program in the American Athletic Conference to a consistent contender near the top of the standings.

Headlined by the now professional soccer player Allie Thornton, the six departing players were also in cluster areas to complicate things further. The entire defensive backline, almost all consistent four-year starters, are gone. Katherine Herron, Brooke Golic and Hailey Bishop will all be lost to graduation. So, the newcomers are coming at a needed time.

This group has seven freshmen and an Auburn and Colorado State transfer. Caroline Peterson is the former Tiger, who played nearly 800 minutes as an SEC freshman in 2019 for Auburn. Alina Khan, for her part, completed one year at Colorado State before making the move back to Texas where she was a 6A Women’s Soccer Texas High School State Champion in 2018.

Of the freshman, two are slated as early-enrollees. Although the canceled spring practice schedule will now make that largely obsolete, Leah Chancey and Payton Doiron are already on the active roster for 2020. Doiron is a special story for the program, as the first-year player’s mother also played for Petrucelli when he was the head coach at the University of Texas.

The group includes a geographically diverse bunch. Texas, Arizona, Colorado and Vermont, by way of the IMG Academy in Florida, are all represented.

The question now will turn to how Petrucelli and his staff handle the open positions in the starting lineup and beyond. The likely candidates, for now, are underclassmen rising up to fill those roles. Hannah Allred and Jewel Boland will likely be the offensive weapons that fill the shoes for Thornton. Defensively the answers get murky. But, nevertheless, the large holes could require at least some immediate contributions from this new group.

Until the summer, it will give everyone plenty of time to wait to wait and see what the rotation will look like. As of right now, fall sports are scheduled to go uninterrupted according to the NCAA. If that holds, SMU will open the season in August.