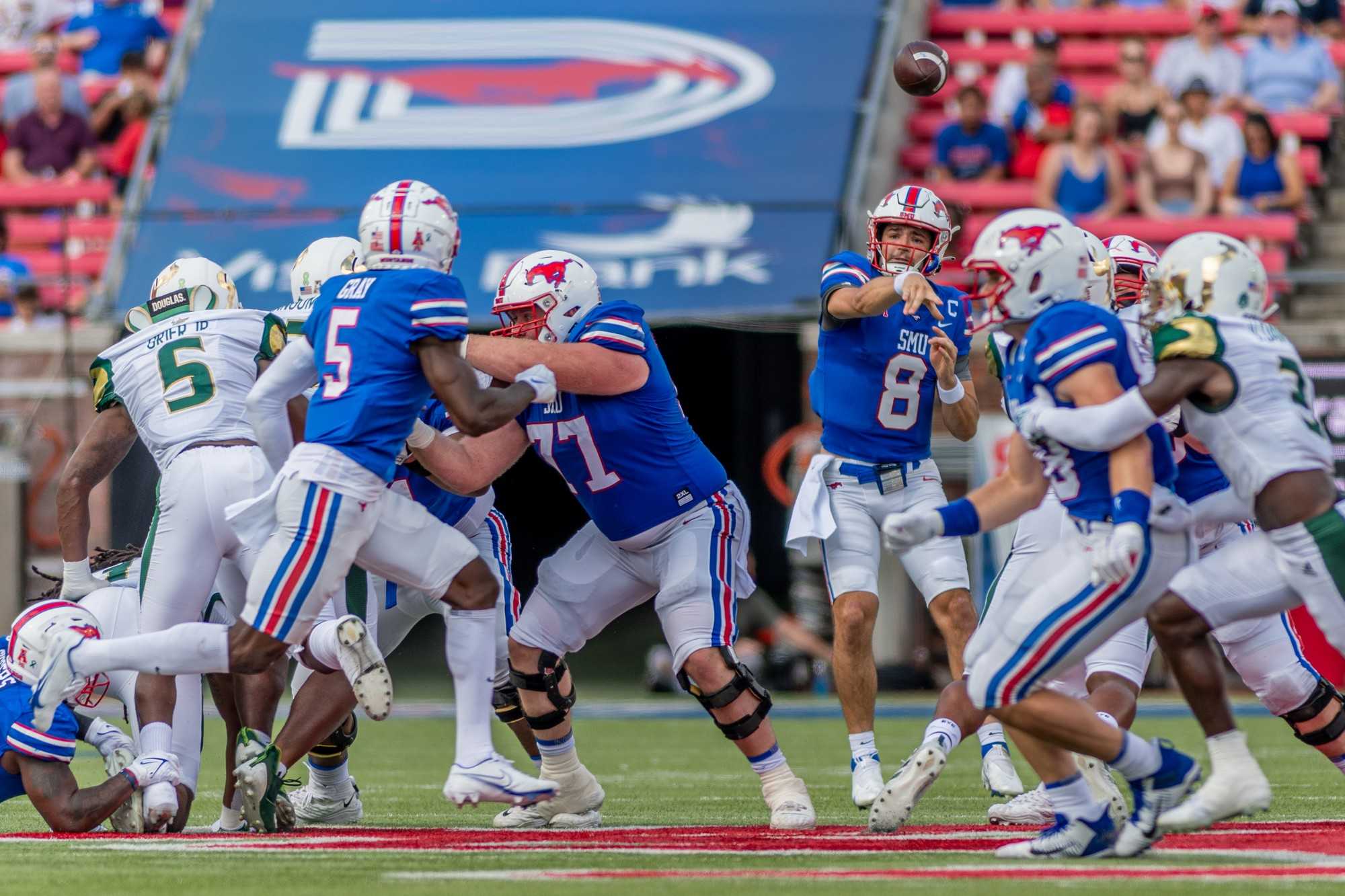 SMU, for the second straight season, will have its bowl game canceled due to the coronavirus. This time, COVID-19 issues within Virginia’s program caused the cancellation.

The Fenway Bowl made the news official on Sunday morning. The game was previously scheduled for Wednesday.

“The University of Virginia is no longer able to participate in Wednesday’s Wasabi Fenway Bowl game due to the number of COVID cases impacting its roster, preventing safe participation,” a press release from the bowl stated. “As a result of this withdrawal, the game and associated activities will no longer take place.”

Issues around the bowl began last week. Virginia had a number of players show COVID-19 symptoms on Friday night, according to the athletic department. It caused UVa to delay its departure to Boston, originally scheduled for Saturday.

Virginia tested all players on Saturday morning. After more players tested positive in that round of testing, the game was canceled.

“We are extremely disappointed the team will not be able to participate in the inaugural Fenway Bowl,” Virginia athletic director Carla Williams said in a press release. “We regret how this also impacts our fans who were planning on attending the game as well as the SMU program and its fans.”

SMU was scheduled to leave for Boston on Sunday. The team never left.

The program is not expected to find a different bowl to play in, meaning SMU will finish 8-4.

“I want to offer a special thank you to our seniors, who unfortunately played their final collegiate games not knowing at the time that it was their last time wearing an SMU uniform,” SMU athletic director Rick Hart said in a statement. “…We are, however, sympathetic to Virginia’s situation, having had to withdraw from our bowl last season due to COVID. We hope those impacted get well soon.”

The news comes as a growing number of bowl games across the country have been canceled due to the COVID-19 issues. Three bowl games have been called off in the last 72 hours. All three have involved American Athletic Conference teams.

SMU had its bowl game canceled last year in the Frisco Bowl. That year, SMU was responsible for the outbreak and did not play the last month of the year due to coronavirus issues.

“We were ready and excited to play. Past 2 bowl games have been taken away,” defensive lineman Tuner Coxe wrote on Twitter. “All this work, preparation, and sacrifice with nothing to show for it. Feel for the guys that will never play another football game in their lives.”

It is not only players, either, that will be leaving SMU without a final game. Interim head coach Jim Leavitt was scheduled to coach for the final time with SMU at the Fenway Bowl. It could have been his final game of his coaching career as well.

If it is, he leaves behind a complicated legacy. He was the head coach at South Florida for 13 seasons. The program became nationally ranked. But he was eventually fired amid accusations of punching a player and hindering the investigation. He maintains he was “unfairly portrayed,” in an interview with The Dallas Morning News.

Leavitt bounced around for years until he landed at SMU in 2021. The 65-year-old said goodbye to SMU before heading home to Florida where his family, and mother, live.

“SMU is a special place. Met so many great people. Players were the best,” Leavitt wrote on Twitter. “Headed to Tampa to see what the Lord has in store for me. Excited about the future!”

The cancellation of the bowl will mean SMU’s bowl game drought of nearly a decade will continue. SMU hasn’t won a bowl game since 2012 in the Hawaii Bowl.

The wait, for at least one more year, will continue.