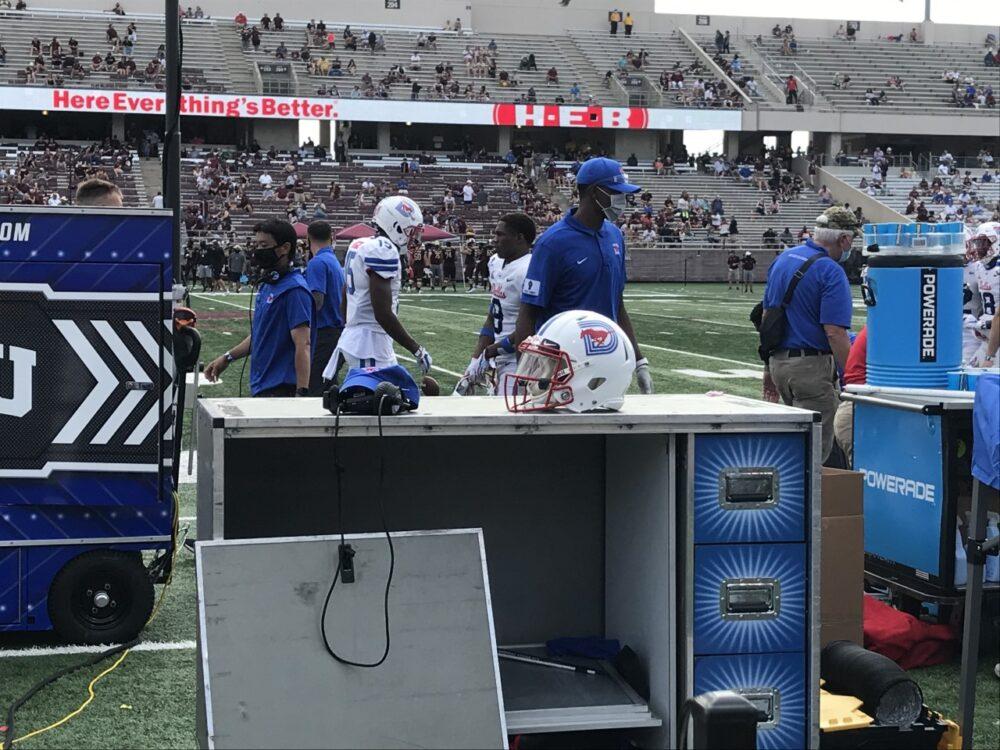 This weekend’s matchup between SMU and Houston has been postponed due to players within the Houston program testing positive for COVID-19.

The American Athletic Conference announced the decision to postpone the SMU-Houston and USF-Navy matchups earlier today, stating the games had been postponed based on positive COVID-19 cases with the Houston and USF programs and the subsequent contact-tracing process of the student-athletes who tested positive.

The postponement means that Houston has now had five games impacted by the coronavirus, with the Cougars losing their entire slate of September games. This is only SMU’s second postponement, the other being the annual Iron Skillet rivalry game against TCU earlier in the year.

The AAC stated the conference will consider “a number of options” in regards to how the games will be made up. Houston and SMU both have an open date on Dec. 12, a date the conference has allotted for makeup games. Houston has already filled the other makeup slot on Dec. 5 with a game against Memphis.

Currently, the Mustangs are in third in the Conference standings, tied with UCF and a game in front of Houston. The Mustangs are scheduled to go on the road to face East Carolina on Nov. 28th, a week from this Saturday, for their final game of the regular season.