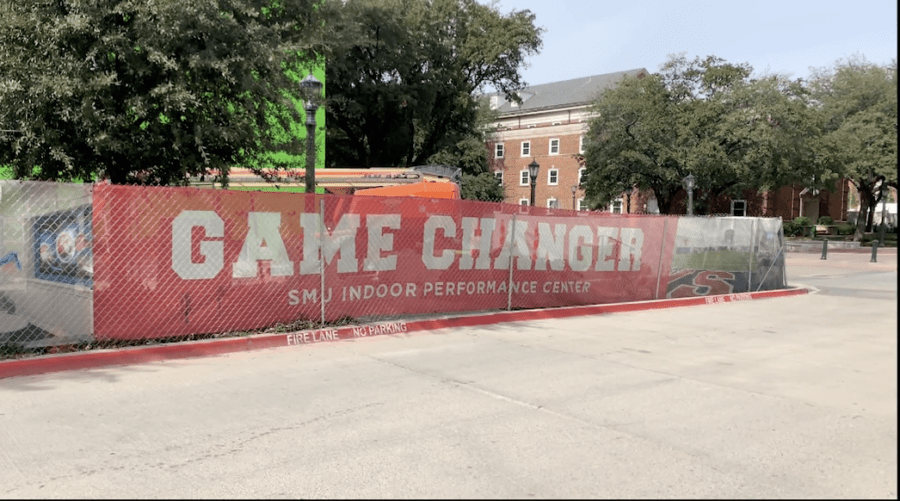 SMU athletics will finally have an indoor practice facility. Set to open this year, the indoor performance center, commonly referred to as the IPC, will feature a climate controlled football field.

“The indoor performance center has been identified as a need for this not just the athletics department but the university, for quite some time,” Matt Peters, Senior Associate Director of Athletics, said.

Despite being slightly behind schedule, SMU athletic director, Rick Hart says they hope to have keys this summer.

“We’re hoping weather permitting we could access the facility or at least parts of it as early as June, but certainly by July or August the entire facility is expected to be complete is really exciting,” Rick Hart, Athletic Director, said.

It isn’t just the staff who is excited and ready for the IPC. Athletes are also ready to get into the new facility.

“Knowing that like i could be one of the first group going to SMU, and to the indoor is really exciting,” Roderick Roberson, SMU Football Player, said. “You know the exciting part about this and the need is really from number one, there’s a recruiting element to it. Number two, there’s a health safety element to it. And then three, there’s a competitive aspect to it.”

The new indoor performance center is going to have over 4,000 square feet of event space. And, despite being a little bit behind schedule SMU athletics says it will still open this year.