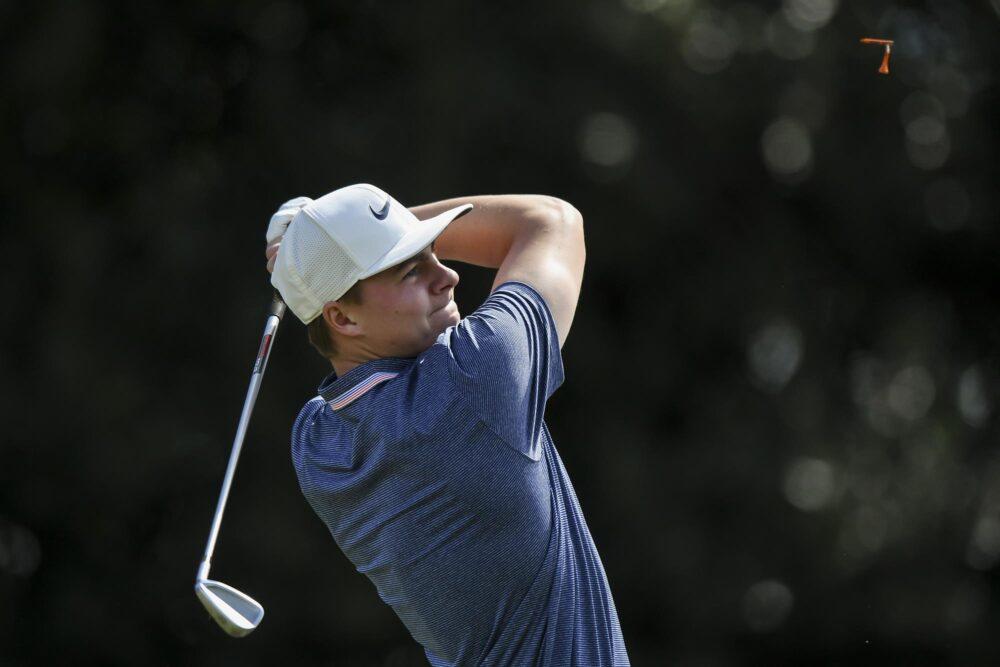 Jason Enloe had just a simple message, maybe a prescient prediction, for his former golfer Ollie Osborne on the Sunday morning before the U.S. Amateur Championship. He reminded him of the last time the SMU junior had played at Bandon Dunes Golf Course, a fog-drenched 18 holes in 2019.

The reason it was on the schedule, Enloe hinted at, was based on a feeling the former SMU coach held that a year later Osborne would be playing the course with a chance to win golf’s most prestigious amateur award.

Turns out, he was right.

By the time the fog rolled into the dunes on Sunday evening on the West Coast, Osborne finished one stroke shy of winning the Amateur Championship, a one-hole defeat to Georgia Tech’s Tyler Strafaci. But just the gravity of him being there, as Enloe had predicted, was not lost on SMU’s junior.

“I obviously came up a little short, but it is alright,” Osborne said. “… It is nice to know people have my back and people have been supporting me this whole week.”

The familiarity with the course, though, may have been an even bigger storyline than anyone could have predicted. Sunday’s 36-hole match play championship between Osborne and Strafaci was littered with challenges unique to one of golf’s more unique courses.

On the 35th hole, play was halted when fog impeded the visibility of the pin to a point of near impossibility. Osborne won the hole, tying the match, after Strafaci barreled an iron into the sand dunes and lost his ball. Osborne’s tee shot landed feet away on the green.

Even Strafaci, as he sifted through the fog on the walk down to the green to find his ball, gave a head nod in Osborne’s direction on that shot. Call it luck, call it skill. The extra familiarity couldn’t have hurt.

But ultimately it wasn’t enough to break the Strafaci’s family lineage. Osborne, who was playing the role of spoiler to Strafaci’s bid to join his grandfather as a fellow champion of the U.S. Amateur Tournament, faltered down the stretch.

Strafaci, 22, battled back from a five-hole deficit to take a lead on the 25th hole of the afternoon. The Georgia Tech graduate, who was planning to turn professional before COVID-19 hit, never relented from that point on.

Of course, in the final three holes, Osborne was able to create some drama. When Strafaci was flirting with a two-hole lead, threatening to put an early end to match play, Obsorne managed to tie the match going into the final hole — Strafaci’s two lost balls on the 35th tee and a flubbed set-up shot on the 34th helped in that effort.

But on the final hole, Osborne left his second shot short. Strafaci softly placed his birdie try pin high, letting out a rare show of emotion in his walk-off effort to win the Amateur Championship.

“You know, I just hit a nice shot on [the last hole] just lifted it a bit too much,” Osborne said after the round.

It caps off a week for Osborne that had the four previous SMU golf alums in his ear about becoming the fifth Mustang to win a U.S. Amateur Championship. The most recent of those, in 2015, was Bryson DeChambeau.

DeChambeau called Osborne at different points to let him know of the support. Fittingly, he told reporters earlier in the week he likes Osborne’s ability to drive the ball off the tee. Just as DeChambeau has added 20 pounds in recent months to add yards to his driver, Osborne has put on muscle since his arrival at SMU to do the same.

Whether the added attention by former SMU players added any pressure on Sunday afternoon, Osborne coolly denied it. Sunday, win or lose, was always about the calm that Enloe’s morning trip down memory lane was aimed at inducing.

“No, not really [did it add any pressure]… it honestly kind of calmed me down to hear from guys that have won in the past,” Osborne said.