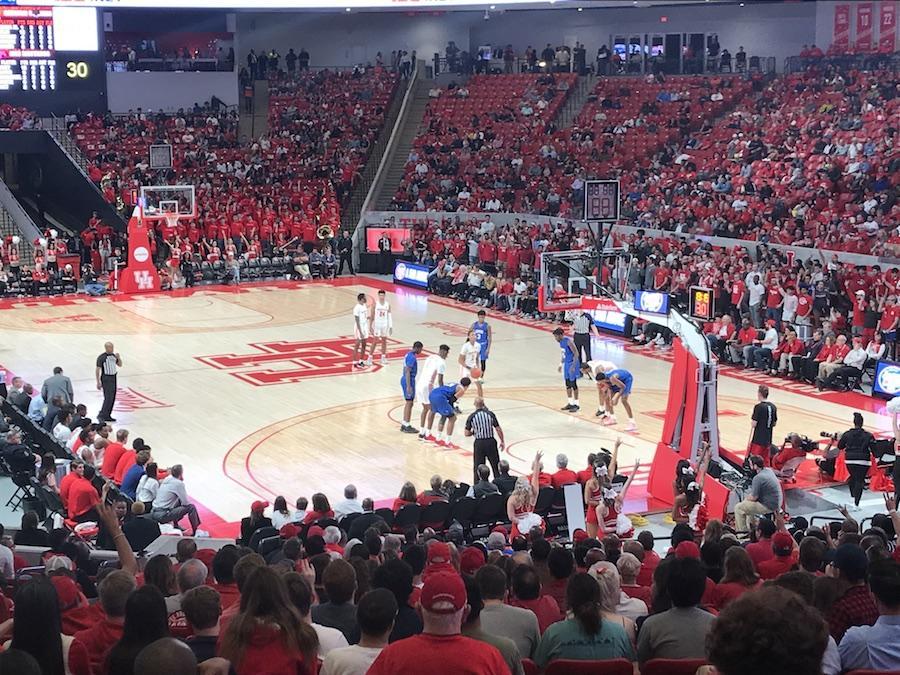 HOUSTON — It was a game SMU needed to have in the American, a notch on the resume that would have been its crown jewel to this point in the season. In a contest that featured a nightmarish offensive first half and a stymied comeback effort in the second, the Mustangs ultimately fell to the Cougars 71-62.

In a game that felt bigger due to the opportunity at hand, a chance to beat a top 30 team in the country, according to KenPom, the Mustangs could not have envisioned a more difficult offensive start. It was the beginning of a tale of two halves, as SMU shot just eight percent from three, 1-12, and 27 percent from the field, 9-27. SMU could only muster 20 first half points.

Yet, even while the first half totals were the worst of the season, SMU stayed in the game in large part due to rebounding and the defensive effort. Houston, one of the top offensive rebounding teams in the nation, was out rebounded for the first time all year and turned the ball over six times. It was a formula that allowed SMU to keep the deficit from ballooning.

“We had a really rough offensive first half. We dug ourselves a hole a bit. I give them credit with their defense. They did a few things maybe they don’t normally do,” SMU head coach Tim Jankovich said. “And that put us on our heels a bit.”

With SMU doing just enough to stay in the game before the intermission, the game adopted the feel that the visitors would eventually make their run. Right out of the gate, the Mustangs did. Tyson Jolly, who had been struggling of late, put behind an 0-of-5 start from the field and buried as triple and nestled in a two to cut the lead to six.

For SMU point guard Kendric Davis, that calmed everything down.

“It meant a lot since he had been struggling the last two or three games offensively. Seeing him find his rhythm gave peace to our program. Seeing him get his rhythm made everyone else hyped and excited to get stops,” Davis said.

SMU trimmed the Cougar lead to two and three points on a number of occasions, but the defensive effort that had allowed it to stay in the game sputtered late. That, combined with timely shot making by Houston’s backcourt, halted the repeated hopes of a comeback.

“I thought we played with great effort, great intensity and great rebounding, and unfortunately just had a really rough offensive first half… We made some adjustments at half time to understand some ways we could attack them. We certainly got much better shots. We played well enough in the second half to win the game,” Jankovich said.

The offense was catalyzed by the pair of Davis and Feron Hunt. Davis poured in 19 points, 15 of which came after the break, and Hunt added 14. Everett Ray came in and gave big minutes in a physical game, a style he thrives in. Jankovich was proud of his effort in a road contest with such meaning.

“(Ray) played really well. I keep saying this, I have to find minutes and give him more minutes. It’s difficult because we have a number of guys playing well, but he certainly comes in and plays as hard as anyone. He is cut into all the right things and has great team thoughts,” Jankovich said.

The loss drops SMU to 2-2 in the American conference and 12-4 on the season. The head coach contextualized a tough loss on the road.

“I mean everyone is trying. That is the challenge of the season and you have to win as many as you can. You have to win against some of the better teams or else, you know, you get where you want,” Jankovich said.

SMU will be at home against Temple on Saturday, a team that just knocked off the No. 16 team in the country.