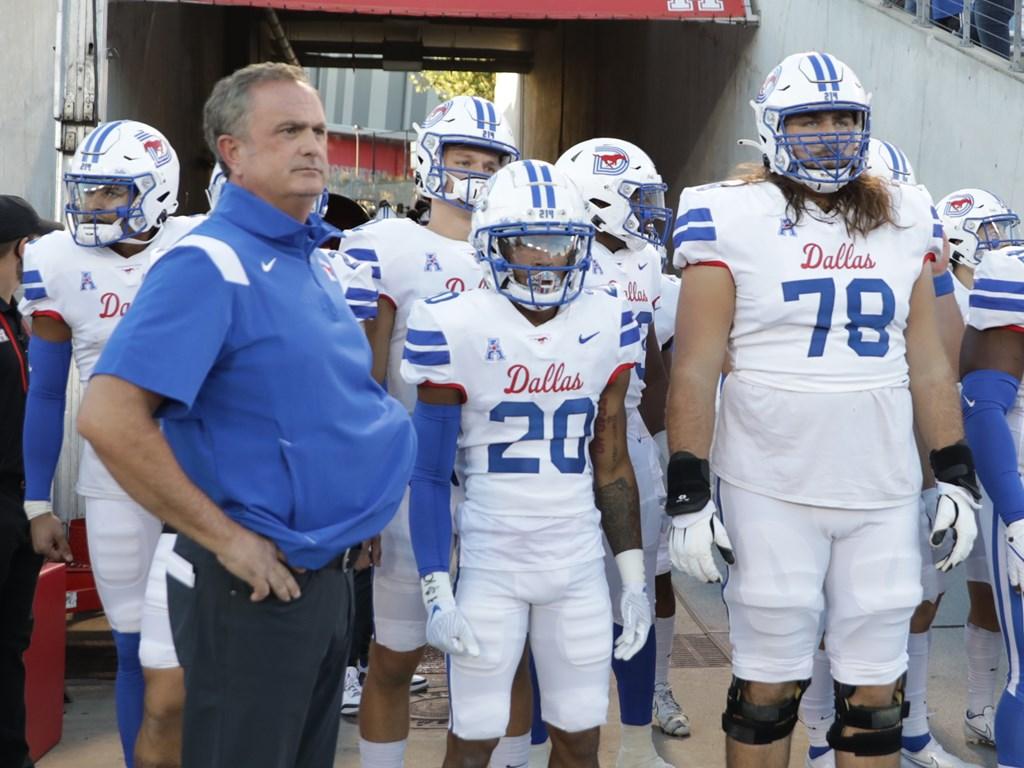 According to reports from the Lubbock Avalanche-Journal, Texas Tech reached an agreement on Sunday with Joey McGuire to be its next head coach. McGuire was the long-time high school coach at Cedar Hill, a Dallas-area power.

In almost two decades with the school, McGuire won three state championships. More recently, McGuire was on the Baylor coaching staff. He spent 2021 as the associate head coach for the Bears.

SMU head coach Sonny Dykes was originally reported by multiple outlets to be among the front runners for the Texas Tech job.

Dykes has strong ties to Lubbock, where his father, Spike Dykes, was the head coach for 14 seasons. Dykes also went to high school in Lubbock and coached at Texas Tech from 2000-06.

Dykes’ recent campaigns to recruit Dallas-area talent, and his 24 wins in the last two and a half years, made him an obvious candidate to fit that mold.

Dykes, two weeks ago, declined to comment on if Texas Tech had contacted him or his potential interest in the job.

“I’m not ever going to talk about other jobs,” Dykes said. “I don’t think that is fair to anyone.”

Since Dykes’ name have been linked to job openings, starting with Texas Tech two weeks ago, SMU has lost two-straight games and fallen out of the American Athletic Conference championship contention.

Dykes, after a 28-25 loss to Memphis, said the reports have not affected the team’s performance and

“I don’t care about that stuff,” Dykes said. “I promise you there is not one person in that locker room that has thought one second about that or had it affect their performance, or my performance, or anybody else’s. To insinuate that is reflective of who insinuated that.”

“I haven’t even heard about it. So I don’t think anyone is really talking about it,” Calcaterra told The Daily Campus.