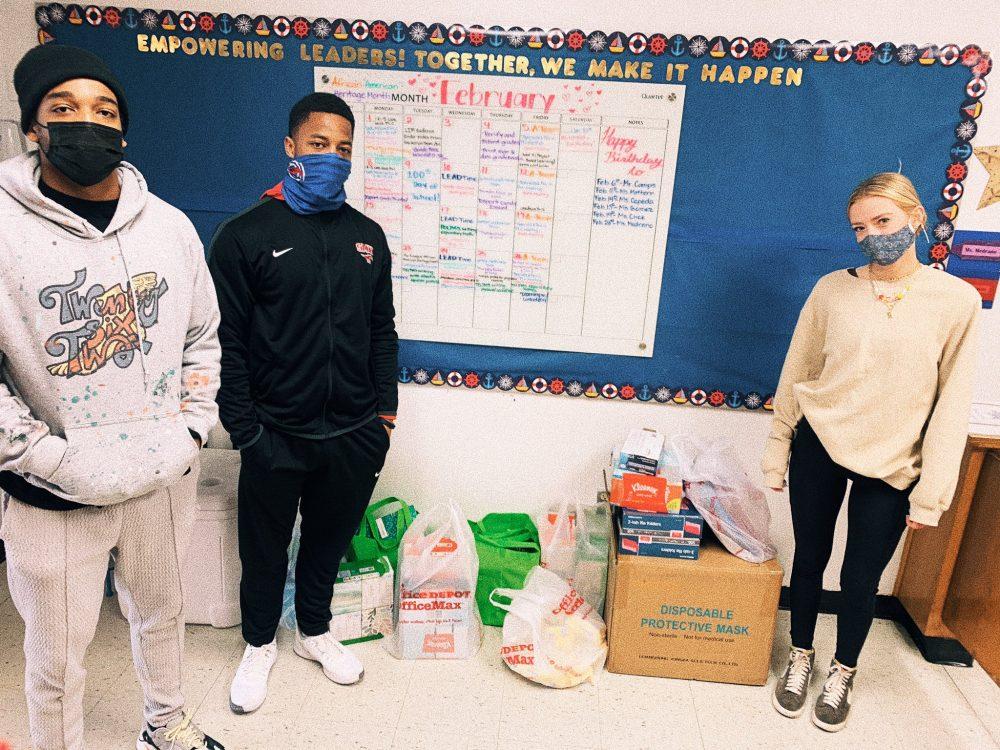 There was a point this summer when SMU football reached a high water mark. It was an inflection point during a tumultuous time of reckoning.

The PAC-12 and Big Ten conferences had just announced their intention to not play during the fall season, a choice that would later be reversed. And SMU football was in the midst of a series of Zoom meetings, some lasting hours into the night and others stretching on into multiple days.

The topic at hand, in player only meetings and program-wide conversations, was how SMU would go about tackling the 2020 season as the nation erupted into protest.

Everything was on the table. Some discussed not playing the season. Others saw the year as a necessary launching point for action.

“Teams were deciding whether to play or not and we had this team meeting. We talked about our platforms,” Sam Westfall, a sophomore cornerback, said. “Me and Ra-Sun [Kazadi] got together after that and just had this long conversation”

“Other people were in on [the conversation] too. We were talking about what we want and how we see the season going,” Westfall said.

“It was a series of six or seven meetings. We were talking about some really, really difficult subjects,” Nady said. “… I think it was [important] to allow the players to find their footing.”

And, out of those conversations, a decision was made. A group was born.

Calling themselves “The Détente,” the combination of Westfall and junior safety Ra-Sun Kazadi would begin the process of creating a fundraising effort to give local elementary and middle school teachers personal protective equipment.

“It is from French philosophy,” Kazadi said. “Usually it means peace between nations or states but it really fits for us.”

SMU went about the immediate things, like putting names on the back of helmets and creating a “Great Family” patch that symbolized the Black Lives Matter movement. Kazadi drew the patch himself.

But “The Détente,” with the help of local players like safety Chevin Calloway and others from around SMU athletics, was tasked with working on something bigger, more long-term.

“We did the protesting. We did the trying to educate people. We did all of that and everyone is kind of like… not down about it, but just [at the point] where we need to do more,” Kazadi said.

And so began a three-month process of working with the SMU athletic compliance office and setting up a Venmo account to help raise money and awareness for the teachers.

Often, Kazadi and Westfall would exchange ideas right after practice about what they saw. Other times, when the team was forced to be away from each other due to COVID-19 protocols, a group text would light up when somebody saw a Tweet.

“At first it was surreal to see him switch from football player, to civically minded activist like that after practice,” Nady said. “But then you know Ra and it is not surprising at all.”

Kazadi became a leading voice for SMU football while he worked. He helped lead a protest on SMU’s campus in August against racial injustice and police brutality. He started off different practices with messages of racial awareness.

“When he talks, people listen. And that’s not true of everybody. A lot of guys talk and everybody just kind of nods their heads, rolls their eyes and moves on,” head coach Sonny Dykes said. “But when Ra talks, I think he’s got the respect of his teammates.”

That same day as the protest, SMU basketball forward Feron Hunt became the first SMU student-athlete to publicly question his involvement in the season. He, too, ended up playing. SMU basketball wears a patch that says “Unity” on its jersey, something Kazadi also had a hand in.

“If I can change social injustice and racism in the world, and if I have to put basketball down, I’d do that,” Hunt said back in August. “Just to have a bigger change in the world, basically. I feel like that speaks more volumes than basketball.”

It signaled a shift, and this group had a role in that.

Two weeks ago, on Jan. 29, the first drop of school supplies was made. Venmo donations came in from players, faculty and others in the Dallas community. It was a grassroots effort that really began from the idea back in the summer.

Over $2,000 were raised. The next drop, happening on Feb. 16 at Ambrose Elementary School in Dallas, will likely be larger. It is a school picked with the help of some Dallas-area players on the defense.

Hopefully, Kazadi thinks, it is signal toward the willingness of the NCAA to allow players more leeway to raise money and use platforms.

“I think using our voice to help causes in a tangible way is important. I think the NCAA understands that, especially right now,” he said.

American Athletic Commissioner Mike Aresco said he fully supports efforts by players back in the summer. He included some SMU soccer players in a roundtable, virtual action group for this cause.

“Because this issue is so important, let’s make this a long-term effort,” Aresco said in an interview with The Daily Campus this summer.

As for the next steps, Westfall indicated that the following drops might help the growing homeless population in Dallas. With the weather consuming the city, it is a necessary endeavor.

Overall, though, donations are growing. The group of “The Détente” is expanding. And that, at least right now, is the right thing to focus on.

“It is not about us. It really isn’t,” Kazadi said. “People do care. We are growing this. We are in this for the long haul.”