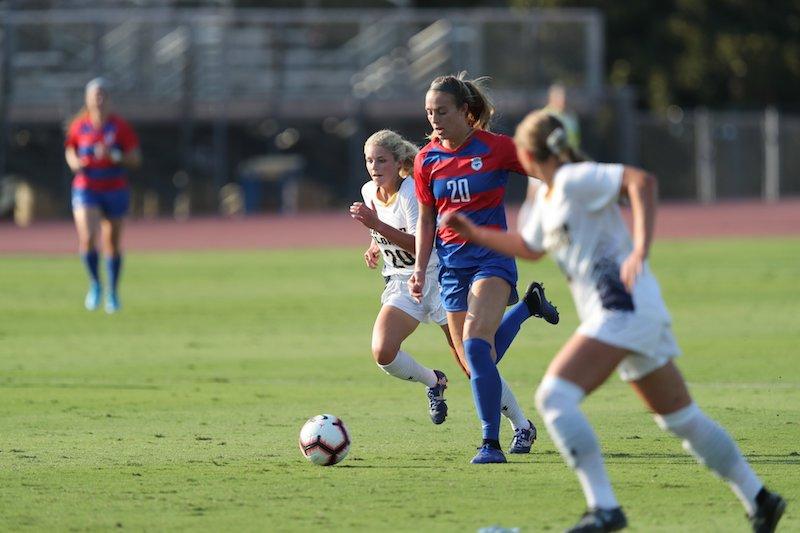 The Mustangs dominated the field for the majority of the game. Overall, the Mustangs recorded 32 shots on goal, while the Northern Colorado Bears had eight. Thornton, assisted by junior Hannah Allred, found the back of the net within the first nine minutes of play. As the half continued, the senior added two more for the Mustangs, one assisted by sophomore Celiana Torres. Thornton’s hat trick gave SMU a 3-0 lead at the half.

Mustangs lead at the half ?

The second half was scoreless until the final two minutes. Thornton, assisted by junior Katia Novi, recorded her fourth goal of the night and 30th in her career as the clock ran out. The Mustangs shutout the Bears to bring their record to 4-1 on the season.

Next up, the Mustangs host Rice at 6 p.m. on Thursday night.