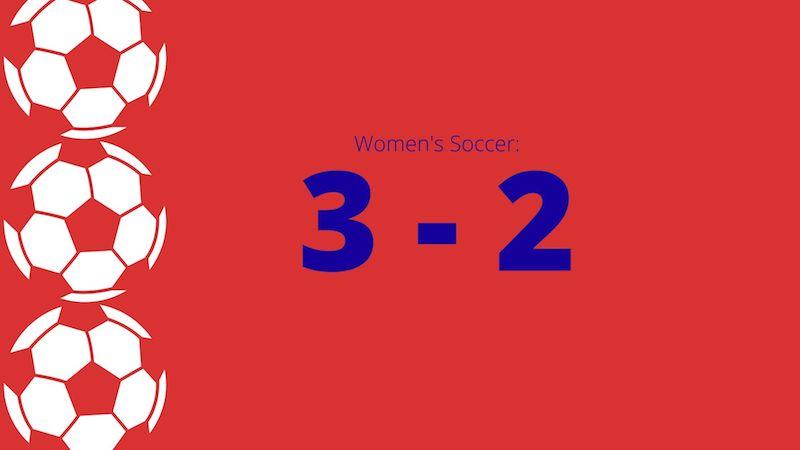 The Mustangs are officially playing November soccer. On a Halloween night of scoreboard watching and hashing out every conference tournament qualifying scenario, SMU did its best to ensure all of it was obsolete. With a 3-2 victory over Houston, the Ponies controlled their own destiny and secured the fifth seed in the American Athletic Conference Tournament.

Although Thursday was not a must-win for SMU, there would be plenty of waiting and watching in the event of a loss. Coming into the final night of the regular season, the Cougars and the Mustangs were knotted for fifth place in the American with nine points a piece. Down to the final minutes of the regular season though, UConn, Temple and even Eastern Carolina were chasing for the final slot in the conference tournament and looking to jump the loser of Thursday’s contest.

That was the backdrop as the Mustangs went to work for their final game at home. Head Coach Chris Petrucelli said it was an unavoidable topic in the leadup to the game and his players were aware of the stakes at hand. Junior Hannah Allred echoed her coach’s sentiments and said the locker room was completely in the know.

“It is out there, and everybody knows it,” Petricelli said of the standings chase. “So certainly we were following what was going on in some of the other games as well. We felt we had to win, and we knew we had to win. But definitely we know what is going on in the other ones.”

As for the actually soccer of the night, SMU strung together an explosive second half to get the job done. It was an evenly played contest, befitting of two teams both with nine points in the conference standings. In just about every statistical category, the Cougars kept pace with SMU. Even in corners, 15-12 in shots and 10-8 in shots on goal, the difference was the second half approach from the Mustangs.

Down 1-0 at the intermission, after a “timid” first 45 minutes from SMU as described by Petrucelli, SMU seemed to become the aggressors. Playing quickly off of throw ins and any stoppage of play, the Mustangs’ offensive trio of Allie Thornton, Hannah Allred and Jewel Boland were attacking and creating changes. Together, the crew totaled seven shots and six on frame. All three second half goals came in succession due to what Allred coined as “that fire.”

In the 57th minute, Thornton demanded a ball off a throw in and pushed her way past three Houston defenders, attempting to stuff a shot past Cougar keeper Sammy Cude. The senior goalkeeper, who made three highlight worthy saves throughout the game, got a hand on the ball but could not clear it fully. Freshman Wayny Balata was there from 22-yards out on the ricochet and buried the ball into the back of the net. Cude, still recovering from the Thornton shot, could only watch from a distance as the ball touched the top of the net.

Ten minutes later the Mustangs were pressing the issue again. Working down the right side of the field, Allred attempted to cross a ball from right to left but it hit the hand of Houston’s Emma Clarke to draw a penalty kick. Thornton did the honors, stepping up just minutes after getting a penalty kick denied, and this time delivered the go-ahead goal.

The dagger came by way of an unlikely goal scorer, Brooke Golik. The senior defender, who has never scored on a header in her career, reached up on a corner kick in the 84th minute. Once again earning the corner kick by attempting a cross, the offensive pressure flipped the script in the game.

Brooke Golik heads in a corner kick from Celiana Torres and puts SMU up 3-1!!!

“(It was) that fire. We wanted to score, and we have three fantastic forwards up top. Every single time we get it, it’s ‘How do we put the ball in the back of the net?’ I think that mentality really came out,” Allred said of the three-goal second half. “Especially us being down at the half, we needed goals.”

It was possibly most telling that Allred was a main catalyst for the second half surge. The junior strike was sidelined for multiple games in the heart of the conference run due to a grade three ankle sprain to her shooting foot, an injury that is still very far from healing completely. In Allred’s absence, the offense stalled for the Mustangs. Since her return, and Petricelli’s change in formation to a three forward look, the explosive offense of the first half of the year has returned in full force.

“With the personnel we have on our team, it just makes sense to play that way. With three forwards that are very capable and we love to score. We love to get forward and do our thing. It is effective,” Allred said.

As the fifth seed, SMU will be on the road in Cincinnati on Sunday for the opening round of the American Athletic Conference Tournament. The last time the Bearcats played the Mustangs, it was a 1-0 loss at Westcott Field in a game that SMU outshot the visitors nearly threefold.