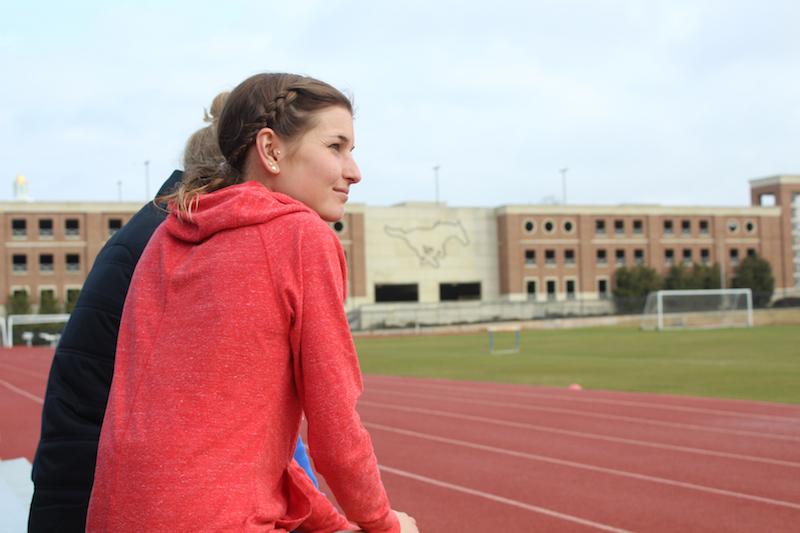 There are no doubts women are on the rise with the greatest number of female candidates elected to office in the last midterm elections. Yet, when we look to sports, the lineup is still overwhelmingly male. In 1972, Title IX was passed at the collegiate level to address this issue.

Title IX prohibits discrimination on the basis of sex in federally funded schools or education programs.

While passed in the 1970s, notable change, especially in women’s athletics, didn’t come until the NCAA published a landmark Gender-Equity Study in 1992, and former Secretary of State Condoleezza Rice made it her personal mission to further the cause under the G.W. Bush administration. As institutions and their respective governing bodies accepted the legislation, female athletic participation in collegiate sports has shown representative increases over the past 20 years.

In 1999, SMU had nine men’s and 10 women’s teams respectively. However, percentage wise female athletes made up only 38.5 percent.

Aiming for an experience in which all teams and genders were provided equitable experiences, the SMU athletics department intentionally added a new women’s team in 2002-03 and continued to reshape the athletics population by cutting three men’s teams the following year.

These actions brought the total number of women’s and men’s teams to 11 and six and finally balanced the scales, with females making up 49.7 percent of the athlete student body in 2003-04.

Continuing to provide equitable experiences while balancing the importance of revenue earning sports, SMU’s female athletes have consistently represented over half of the student athlete body since 2007-08. The latest numbers reported by the SMU Eligibility Office for the 2017-18 year show female athletes representing 53.9 percent of the athlete population.

“It’s something you are never done with, there is always a next step to achieving a better [student athlete] experience,” said SMU athletic director Rick Hart.

In the essence of providing the best, Hart and his team employ an external auditor every five years to review SMU’s student athlete experience. The audit specifically looks at culture and facilities to gauge both the feeling of opportunity and equality perceived amongst athletes and coaches as well as evaluate the tangible measure of facilities available.

The last audit took place in 2012 during Hart’s first year as athletic director.

“We wanted to improve the culture in terms of action items to strengthen our commitment to title nine and equity,” said Hart. “To make sure we were reaching both the general spirit and the law.”

Five years on and the latest report based on coach and student athlete surveys, which is currently being shared with the board, suggests a thriving culture based on equitable access for all sports to support services.

“I truly believe [SMU] is leading the field in treating females and males equally,” said El Yellin, senior Student Athlete Advisory Council leader. “I have been inspired by the hard working and high achieving females in the SMU athletic department alone. They truly are incredible role models for me.”

“I’d like to see more and more women get into coaching,” said Cathy Casey, head coach of SMU Track and Field. “I believe many females still expect a male coach, and that is something that needs to change. I love to instill confidence in young women and make them believe they can do anything.”

Title IX enforces a level of equity, but not all institutions race at the same pace.

According to the most recent EADA (Equity in Athletics Data Analysis) published in 2016, 44.5 percent of student athletes at the University of Houston were female. Comparatively, SMU’s female student athlete population sat almost 10 percentage points higher at 54.9 percent. Looking at specific breakdowns, 39.6 percent of Houston’s athletic aid was spent on women’s teams, while SMU spent 47.4 percent on its women’s teams.

Additionally, when compared to the revenues generated by women’s sports at both institutions, reported at 25.9 and 26.4 percent, for Houston and SMU, the numbers are less surprising. These statistics speak to the larger challenge athletic departments face balancing finite resources with the consumers demand for male dominated sports that turn profits for program-wide reinvestment.

While Title IX has paved the way for female representation, there are still significant challenges ahead as institutions and media alike attempt to evolve the consumers view of women’s sports and continue to shine the light on female achievement.